NYSDOT used Bentley applications to create a digital twin as the primary contract document that helped identify and resolve costly issues prior to construction. Image courtesy of New York State Department of Transportation.

Built in 1938, the East 138th Street Bridge is located in the Bronx and crosses over the Major Deegan Expressway, which is a mile south of Yankee Stadium. It functions as a grade-separated diamond interchange that sees daily traffic volumes exceeding 150,000 vehicles and serves as a critical access point in the city’s traffic grid. Six lanes wide, with bike paths and sidewalks on both sides, the structure is wider than it is long, and has been struck numerous times due to the limited vertical clearance.

To eliminate these vertical clearance issues and accommodate heavy vehicle and pedestrian volumes, the New York State Department of Transportation (NYSDOT) initiated a USD 48 million project to replace the aging bridge structure, constructing a new 100-foot, single-span bridge in the busy urban area. “Being located in a tight urban environment, while also having an incredibly high traffic and pedestrian demand, and being a key connection in the New York City marathon, proved a challenge to staging this project,” said Zachary Maybury, design squad manager in the highway design department at NYSDOT.

At first glance as a single, short-span bridge, the project seemed uncomplicated. However, given the location and criticality of the infrastructure to city transport, the interchange needed to remain fully functional throughout the bridge replacement, presenting challenges to the construction sequencing. The team also had to handle a complex structural design to accommodate the wide variety of utilities surrounding the bridge, ramp restrictions being situated over a major urban expressway, and the unfortunate timing coinciding with the onset of the pandemic. “There are many complex traffic, utility, geotechnical, and structural design challenges that needed to be overcome to ensure the success of this project,” commented Brenda Crudele, director of structures design at NYSDOT. Aesthetically, the bridge also had to fit within the architectural landscape, connecting to the existing historic retaining walls.

Of all the challenges that NYSDOT faced, some of the biggest were utility related. Especially complicated was the structural design of an abutment to span a 58-foot-wide opening allowing for the future widening of an existing combined sewer line running parallel to East 138th Street directly underneath the bridge and below the Major Deegan Expressway.

To optimize design and construction planning, NYSDOT needed to efficiently collaborate with utility owners, as well as with the public. Yet, for stakeholders and the community to understand the complex project staging, they would have to review hundreds of traditional plan sheets, which would have taken a significant amount of time. NYSDOT realized that they needed a more efficient approach and wanted to use a digital twin as the primary contract document and public outreach tool for contractors, stakeholders, and the community to virtually visualize the design intent and construction plan. To achieve this digital context, they required integrated hybrid modeling technology to generate a dynamic 3D model of the complicated superstructure and pedestrian components.

The scale and complexity of this bridge project made it an ideal choice for NYSDOT to utilize BIM and model-based contracting, working in an integrated technology environment to digitally exchange

information from design to construction. Already familiar with Bentley applications, NYSDOT selected OpenBridge Modeler, ProSteel, and MicroStation to develop a 3D model of the entire bridge structure to a level of detail that contractually enabled the team to build directly from the model, without requiring the aid of a complete set of 2D plans. The interoperability of Bentley’s modeling software enabled NYSDOT to directly reference the highway designers’ OpenRoads alignment file in the 3D bridge model, ensuring positional accuracy. Integrating iTwin Design Review to the project allowed more than 180 reviewers across 15 agencies to easily access and comment on the model in a digital environment.

Leveraging Bentley’s integrated applications enabled the designers to be confident in their proposed structural solutions for the abutment over the combined sewer line and the ramp restrictions at each quadrant to tie in with the Major Deegan Expressway. The collaborative digital solution also helped satisfy strict ADA-compliant pedestrian ramp requirements, as well as meet the architectural aesthetics. “Modeling these quadrants in 3D was imperative to satisfy the varying geometric constraints and to ensure that the final product was safe, aesthetically pleasing, and blended into the existing features around the bridge,” said Crudele. To help with construction planning, NYSDOT imported the 3D model and the project schedule into SYNCHRO. “By having a 3D model of the project, we were able to use SYNCHRO to build a 4D simulation to depict the construction staging,” added Maybury. They used

LumenRT to generate animated renderings from the 4D simulation, serving as a valuable tool for public outreach.

With Bentley’s comprehensive, integrated modeling and iTwin technology, NYSDOT was able to accurately design and generate a digital twin that helped identify and resolve costly issues prior to construction. iTwin Design Review allowed designers to review the project without ever having to download a program and provided them with tools to improve and accelerate the design process. The software enabled reviewers to comment on the design model, flag issues, and assign the issues for resolution, all within a digital environment. iTwin Design Review allowed the team to resolve potential problems in a timely manner to keep the project’s accelerated pace on track. By providing the contract digital twin to project bidders, contractors could digitally visualize their work to calculate more accurate bids, resulting in the winning contractor’s bid being 15% lower than the engineer’s original estimate. Establishing a digital context for the contract also proved extremely helpful with prefabricating and installing the required modular deck beams, allowing the contractor to visually see the installation being specified in the contract while providing all the required design information electronically for the fabricator.

The digital model was a valuable tool that allowed NYSDOT to offer information in a format that could be understood easier and faster than traditional methods. Using SYNCHRO to generate a 4D simulation from the 3D model provided stakeholders a visual understanding of the project staging in just minutes, compared to manually sifting through more than 200 pages of planning documents. From the 4D model, NYSDOT used LumenRT to generate and present a virtual, animated rendering of the construction process to the Bronx community to get feedback on lane closures and proposed sequencing. “This 4D SYNCHRO video alleviated public concerns and questions in a way that would not have been possible using traditional methods,” commented Maybury.

Finally, the 3D model that was delivered as the contract document will be continuously updated to reflect any design changes, as well as the as-built environment, providing a digital twin that will be used as a tool for asset management and bridge inspection. Given the sophisticated sequencing, overwhelming number of utilities, and enormous group of project stakeholders, this project sets new standards using a digital twin as the primary contract document, industrializing delivery of the East 138th Street Bridge. “We believe that this is the most sophisticated project ever in the United States to utilize a digital twin as the primary contractual document,” said Maybury. 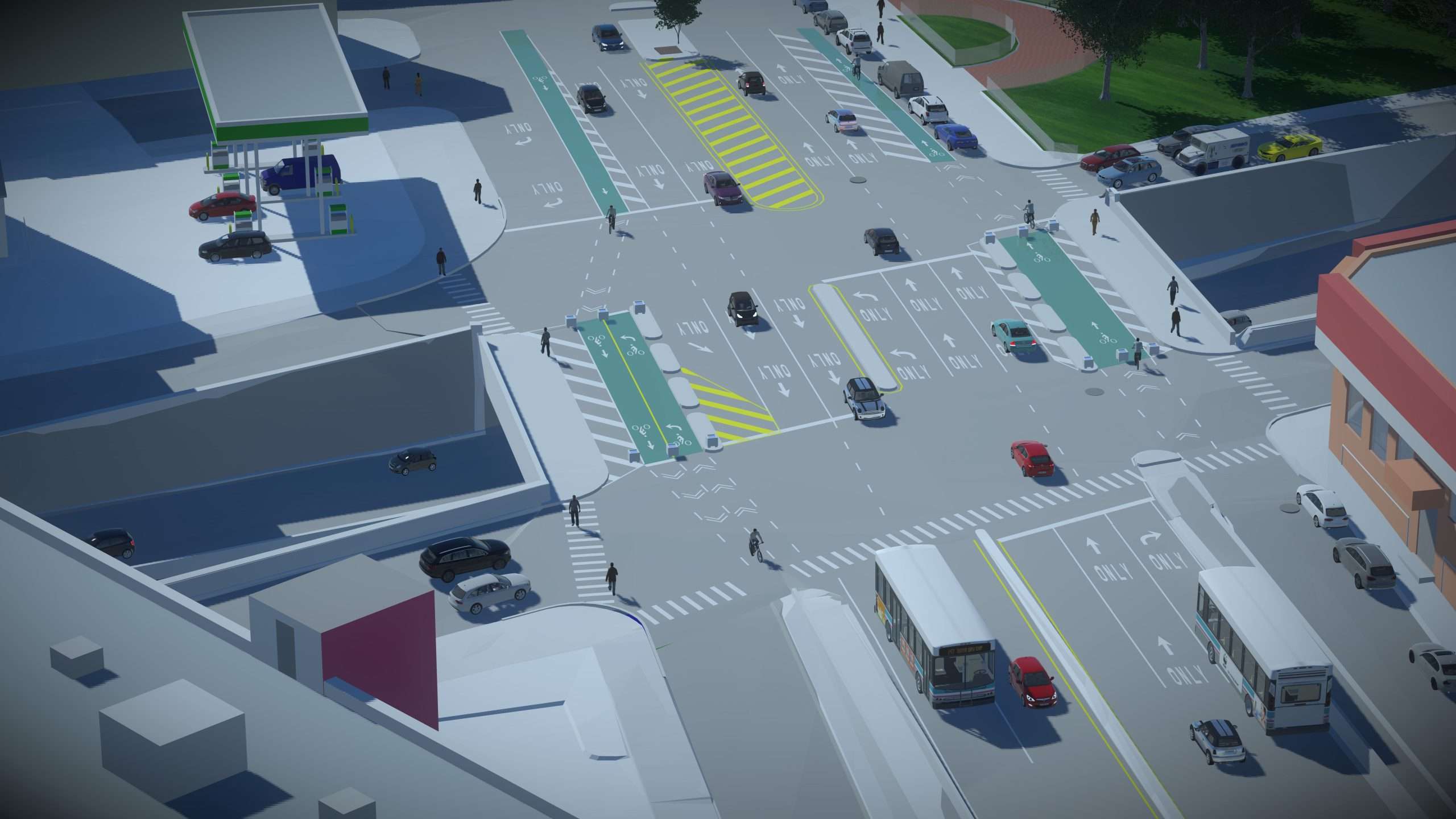 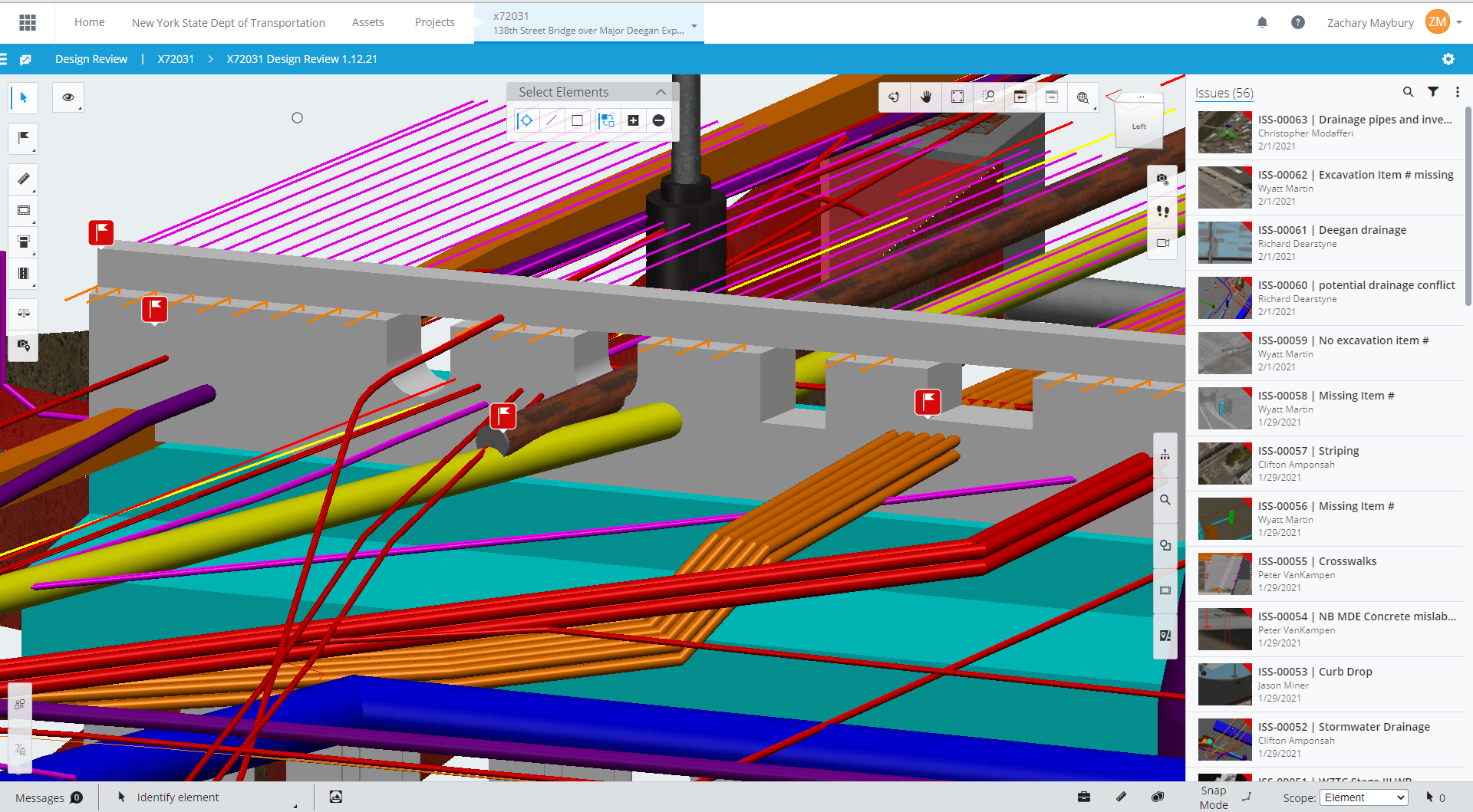 Comments are disabled
NEXT ARTICLE
Neuron Digital Group, a joint venture between Arup and Venturous Group to redefine and digitalise the built environment, is launched and fully operational
April 11, 2022
PREVIOUS ARTICLE
Engineers Are Going To Be Busy for a Long Time
April 8, 2022