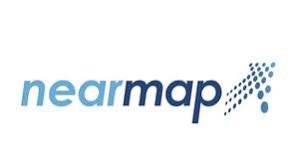 This milestone continues the strong momentum for the Australian-headquartered technology company, which announced in December 2021 that:

Nearmap Chief Executive Officer and Managing Director, Dr Rob Newman, said: “Nearmap is in an incredible position where we continue to win new customers and retain existing customers due to our world-leading location intelligence offering. In achieving for the first time the milestone of $150 million in Group annual contract value, we again show the strength of our technology and data, and expertise of our global team. To announce this ACV milestone in the same month we signed our largest ever government annual contract in North America shows our global growth engine continues to power ahead.”

Nearmap has also promoted Don Weigel, Senior Vice President of Product, to the Executive leadership team, as the Company shifts from being a content provider to becoming a solutions provider. Don will continue to be based in the U.S. His promotion follows the appointment of vertical General Managers in North America. Nearmap is also searching for a U.S. based Non-Executive Director or Advisory Board member to join the Board of Directors to assist with the Company’s growth ambitions in that important market.

NB: All figures are in Australian dollars, unless otherwise stated.

¹Guidance remains based on the FY21 year-end USD exchange rate of 0.7518 as outlined at the time guidance was issued

Board of Nearmap Ltd