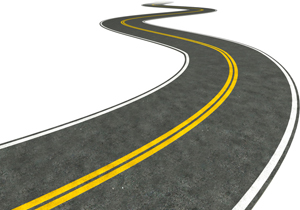 “I am delighted to join Building America’s Future as a co-chair and am excited to work together with some of the nation’s most innovative public leaders,” said former Transportation Secretary LaHood. “While there is widespread agreement that our nation’s aging roads, bridges, transit and aviation systems are woefully inadequate, Washington has failed to show leadership in making the tough decisions to increase revenue to fund these critical investments. With the Highway Trust Fund just months away from insolvency, it is time for action.”

“During his tenure as the Secretary of Transportation and as a member of Congress, Secretary LaHood did remarkable work, and I am honored to welcome him to Building America’s Future,” said former New York City Mayor Bloomberg. “While Congress is stuck in gridlock and the Highway Trust Fund approaches insolvency, cities across America are struggling to find resources needed to maintain and modernize their transportation networks.  We need Washington to step up and provide the necessary funding so cities can invest in stronger, more resilient infrastructure that is able to withstand future severe weather events.”

“The Secretary is a tireless advocate for our nation’s transportation systems, and I couldn’t be more pleased to work alongside such a dedicated leader. No one knows better than the Secretary how challenging it is to break the gridlock in Washington, and I am proud to join him today in calling on Washington to raise the revenue necessary to modernize our critical transportation infrastructure.  If we as a nation do not get serious about meeting this challenge we will continue to fall behind our global economic competitors,” said Governor Ed Rendell. “I also want to thank Governor Arnold Schwarzenegger, who along with Mayor Bloomberg and myself founded BAF in 2008. His high profile and many accomplishments as the governor of our most populous state was crucial to our launching BAF.  By focusing his domestic public policy work on infrastructure at his institute at USC, we are very excited about the expanded reach, research, and capacity it will provide as a strategic partner to BAF.”

Building America’s Future thanks Governor Arnold Schwarzenegger for all of his contributions as a founding co-chair of the organization. Governor Schwarzenegger will continue to work with BAF in the future through the Schwarzenegger Institute at USC.

Secretary LaHood brings decades of experience in transportation and infrastructure to Building America’s Future. Under President Obama’s leadership, LaHood served as the U.S. Secretary of Transportation from 2009 to 2013. Prior to his role with the Department of Transportation, LaHood represented the 18th District of Illinois as a seven-term Congressional member and served on the House Transportation and Infrastructure Committee. In his new role as a co-chair of BAF, LaHood will continue his legacy of working across the aisle.

In its  report Falling Apart and Falling Behind, Building America’s Future lays out the economic challenges posed by our ailing transportation infrastructure, provides a comparative look at the smart investments being made by our international economic competitors, and offers recommendations for policymakers in Washington to reform, fund and finance the nation’s transportation policies.