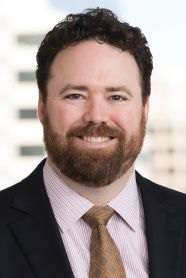 On Nov. 11, 2021, the U.S. House of Representatives passed the bipartisan $1.2 trillion Infrastructure Investment and Jobs Act (“Infrastructure Act”), which the White House touts as a historic federal investment in infrastructure for transportation and public transit, the national energy grid, broadband internet, and drinking and wastewater. The prospect of hundreds of billions of dollars in federal infrastructure spending merits the attention of construction contractors.

The $1.2 trillion Infrastructure Act includes $550 billion in new federal project spending over five years. In other words, the money will be directed to new projects over and above the usual operating budgets of the funded agencies. The largest single allocation is $110 billion for roads, bridges and other major projects, including $12.5 billion in state grants to rehabilitate and replace bridges.

The Infrastructure Act will spread the flood of new money across a number of executive agencies, some of which normally do not come up in discussions of infrastructure spending. The Department of Transportation will likely see the largest boost in project spending. Other notable beneficiaries include the Department of Energy, the General Services Administration, the Environmental Protection Agency, the Cybersecurity and Infrastructure Security Agency and the Department of the Interior, which includes the Bureau of Land Management, the Bureau of Reclamation and the U.S. Fish and Wildlife Service.

The number and variety of agencies that will have new project dollars available will open up a significant number of opportunities across practically every sector of AEC. But the new opportunities bring with them aspects absent from many commercial projects.

All transportation projects funded with federal money, whether through direct spending, Federal Highway Administration grants or state projects funded with federal dollars, are subject to Buy America provisions. In short, Buy America requires that federally funded transportation projects use steel and iron that is 100-percent mined, milled and manufactured in the United States. In the best circumstances, Buy America compliance requires contractors to be vigilant in ascertaining the origin of their construction materials. With $110 billion in transportation spending coming down the line, AEC firms will have to mix that vigilance with business savvy.

In the first half of 2020, U.S. steel production dropped nearly 40 percent, causing delivery backlogs and price increases that are still being resolved. U.S. steel production has rebounded to pre-pandemic levels, which averaged about 93 million tons a year from 2010-2019. But the American Iron and Steel Institute estimates that for every additional $100 billion in infrastructure spending, contractors will need another 5 million tons of steel. That means that during the next five years, $550 billion in new infrastructure spending may require another 25 million tons of steel above current production levels.

An increase in demand for Buy America-compliant steel does not automatically put a stress on the supply, but when paired with recent tariffs of 25 percent on most foreign steel, the demand for American steel has outstripped the supply. That points to increased prices and limited availability for contractors that not only want but need American steel to meet federal contract requirements. Increased prices and reduced availability may also drive designers away from steel and toward more-affordable structural elements such as concrete.

Aside from being manufactured in the United States, at least 55 percent of the product’s components by cost must be mined, produced and manufactured in the United States. Importantly, the Buy American Act also applies to iron and steel: end products made predominantly of iron or steel can contain no more than 5 percent foreign iron or steel by cost. So again, American steel will be in high demand.

Buy American preferences may also put a pinch on other market sectors. For example, the U.S. Customs and Border Patrol has banned the importation of solar products made with materials from Chinese company Hoshine. This may affect contractors’ ability to find sufficient domestic supplies for EV charging and electrical grid projects funded with Infrastructure Act money.

One of the less-pleasant aspects of federal contracting is the bid protest process. In a bid protest, an unsuccessful offeror has the opportunity to challenge a contract award by a federal agency, either before the Government Accountability Office or at the U.S. Court of Federal Claims, with the goal of forcing the government to reevaluate proposals. The protest process generally stops contract performance while the protest runs its course, and both protesters and awardees generally require attorneys to represent them in the proceedings.

Large federal projects made possible by the Infrastructure Act will be subject to fierce competition, including protests. Contract awardees should be prepared for the possibility of a protest; unsuccessful offerors should consider whether a protest would be worthwhile.

The federal government has recently begun requiring federal contractor employees to be fully vaccinated against COVID-19. Existing and prospective federal contractors should be aware of this new requirement and its significant reach, as it applies not only to project personnel, but to employees who are not directly involved in a federal contract but perform work necessary for the project, such as payroll and human resources personnel. The requirement will be included in all new federal contracts after Nov. 14, 2021, with few exceptions.

The Infrastructure Act will pump $550 billion in federal project spending into the federal marketplace, and federal contractors and prospective federal contractors in the AEC industry should be prepared for big project opportunities, including from somewhat obscure agencies.

Supply and labor shortages and increased costs are likely, resulting from existing conditions and an increase in demand for supplies and labor that meet the stringent requirements of federal contracts. The federal marketplace presents a wide array of contract opportunities, and the Infrastructure Act will only increase potential targets for AEC firms.