/ Articles / Executive Corner: Considering M&A? Don’t Leave Out Firms that Have an ESOP

Executive Corner: Considering M&A? Don’t Leave Out Firms that Have an ESOP 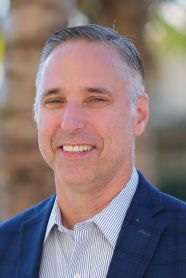 2021 was one of the hottest years for M&A activities we have ever seen. The trend is expected to continue through 2022 as more A/E firms explore M&A to meet their strategic objectives for growth, market share and talent acquisition to improve scalability.

Historically, firms weren’t keen on acquiring companies that sponsor an employee stock ownership plan (ESOP). That trend now is changing as the demand for good firms exceeds the supply. During the last few years, an increasing number of ESOP firms have been participating in the M&A trend as buyers or sellers.

From a buyer’s perspective, ESOP-owned companies have an economic advantage in acquisitions—especially if the ESOP owns 100 percent of the equity and has elected a subchapter S tax status—because those companies get to use pre-tax dollars to acquire a firm. For example, suppose we assume a stock transaction and the buyer’s tax rate is 28 percent. A non-ESOP firm that acquires another firm for $10 million would need to generate $13.9 million in free cash flow, pay taxes of $3.9 million, and use the balance to acquire the target firm. The ESOP firm only needs to generate $10 million in free cash flow because they are effectively tax-exempt as a 100-percent S Corporation ESOP firm. Furthermore, the acquisition target firm’s cash flow is more valuable to an ESOP buyer than a non-ESOP buyer because it will be tax-free post-acquisition.

There are complexities to consider in a transaction involving an ESOP. Regardless of whether you’re a buyer or seller, a transaction involving an ESOP requires more planning and care to ensure a successful closing. The trustee must act prudently and solely in the interest of the ESOP participants and beneficiaries. Both buyers and sellers have significant interest in ensuring that the seller complies with all relevant provisions of the Internal Revenue Code (IRC) and the Employee Retirement Income Security Act (ERISA), since the buyer will inherit the target company’s liabilities in a stock transaction. A target’s failure to ensure compliance with the tax-qualification provision risks disqualification of the ESOP, resulting in significant liability.

Any transaction involving pass-through voting will require planning for a vote with adequate timing. Advanced planning is required to ensure adequate notification before the actual vote as well as a clear understanding of the terms of the transaction and the trustee’s process in arriving at its recommendation for selling. Whether the transaction is a stock or asset purchase, a buyer will need assurance that the target’s employees were treated fairly in terms of price and procedure. In certain circumstances, the target company may be required to give participants a vote for approval or disapproval of the transaction. It’s not unusual for ESOP companies to voluntarily extend this right to ESOP participants to protect the trustee from ERISA fiduciary obligations.

Due to higher scrutiny paid to ESOP transactions, most (if not all) firms engage independent third-party trustees if they use an insider (an employee or officer of the company) as a trustee for transaction purposes. An insider’s inherent conflict of interest can complicate the fiduciary compliance, because they will have difficulty demonstrating they acted solely in the interest of the ESOP participants rather than their self-interest.

When the seller engages an independent trustee, the trustee will, in turn, engage an independent appraiser to render an opinion that the ESOP received at least fair market value for the stock (Valuation Opinion), and the transaction is fair to the ESOP from a financial point of view (Fairness Opinion). The purpose of a fairness opinion is to ensure the ESOP, as a shareholder, is treated fairly relative to other stakeholders of the firm.

To mitigate their fiduciary risk, a trustee would want another independent party (e.g., the appraiser) to opine on all relevant terms included in the transaction. It’s not unusual for transaction terms to include additional benefits to certain employees such as retention bonuses, stock options, warrants or SARs (i.e., key employees). The Department of Labor could view these benefits, if they are excessive or above market, as disguised consideration at the expense of the ESOP.

While many firms are acquiring ESOP-sponsored companies, the process isn’t daunting. Hiring the right personnel—advisors, counsel, trustees and appraisers—adept with ESOP issues can make the process smoother and as easy as a non-ESOP company.

Comments are disabled
NEXT ARTICLE
Change Leader: Change Your Mindset About What Infrastructure Should Accomplish
March 30, 2022
PREVIOUS ARTICLE
Thoughts From Engineers: Cybersecurity: More at Risk Than Meets the Eye
March 30, 2022