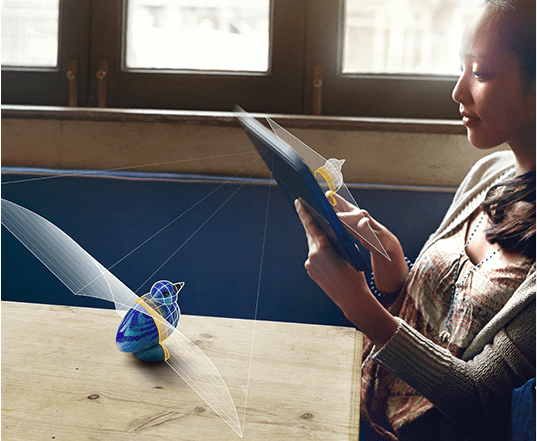 In an effort to make interaction with technology simpler, more natural and immersive, Intel Corporation today outlined how it, in collaboration with other companies, is bringing human-like senses to Intel-based devices in a new family of hardware and software products called Intel® RealSense™ technology.

The Intel® RealSense™ 3D camera is one of the first products in the new family and is the world’s first integrated 3D depth and 2D camera module that helps devices “see” depth much like the human eye.

“For decades, people have had to learn new languages, techniques and commands to get our devices to do what we want,” said Mooly Eden, senior vice president, general manager of the Perceptual Computing Group. “Our vision with Intel RealSense technology is to reverse that, and make our devices learn and understand us. By equipping them with technologies that mimic human senses in a more genuine way, our everyday experiences such as learning, communication and gaming are transformed; and entirely new ones are possible.”

The Intel RealSense 3D camera will be integrated into a growing spectrum of Intel-based devices including 2 in 1, tablet, Ultrabook™, notebook, and all-in-one (AIO) designs. Systems with the new camera will be available beginning in the second half of 2014 from Acer, Asus, Dell, Fujitsu, HP, Lenovo and NEC. On stage, Intel showcased seven different devices with the integrated camera from Dell, Lenovo and Asus.

To demonstrate the possibilities of video calling and conferencing with the Intel RealSense 3D camera, Intel and Microsoft Corp have collaborated to deliver more immersive video calls than ever before on Skype and Lync. The 3D camera will provide the ability to control and remove a person’s background during a video call, to present only the caller and not what is actually behind them. With this capability, people have more options; they can change the appearance of their background, or remove it all together to share a presentation, watch a movie or sporting event together.

Intel expects that gestures, voice and touch will encourage children to become more active participants in games rooted in learning. To underscore the potential in edutainment, Eden announced a collaboration with Scholastic, the global children’s publishing education and media company, to design interactive experiences for two of its most iconic global franchises, Clifford the Big Red Dog* and I SPY*. Showcased on stage with multi-user functionality, where, in a Clifford game, children ages 3 and up can engage using arm and hand motions, talking and touch to advance the experience while learning core literacy skills along the way.

Eden highlighted other companies Intel is working with to enhance the edutainment and gaming experience. Lincoln Wallen, chief technology officer at DreamWorks Animation said, “We are excited to see that the Intel RealSense 3D camera technology will be integrated into mainstream devices. Enabling 3D vision in these devices can bring consumers new experiences with our characters and our content. We are looking forward to collaborating with Intel on this new innovation.”

Additionally, 3D Systems (3DS) CEO Avi Reichental, joined Eden on stage to detail the collaboration between the two companies to bring 3D scanning and printing to the mainstream user. As early as the second half of 2014, 3DS will make available its consumer Sense* scanning, editing and 3D printing software applications on Intel-powered devices equipped with the new Intel RealSense 3D camera. As a result, the student, the hobbyist and the consumer will be able to easily and affordably create compelling 3D items. Additionally, 3DS plans to make its 3D scanning technology available to developers as part of the Intel RealSense software development kit.