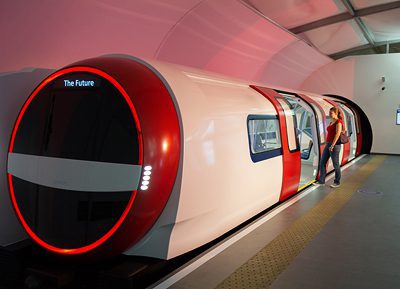 Globally, the transport sector accounts for 23 percent of all CO2 emissions from fossil fuel combustion, and 15 percent of overall greenhouse gas (GHG) emissions. CO2 emissions from transport rose by 45 percent from 1990 to 2007, led by emissions from the road sector in terms of volume and by shipping and aviation in terms of highest growth rates. Though the financial crisis has curtailed emissions growth since 2007, the challenge remains reducing emissions, with the number of automobiles expected to double and the number of airline passengers to grow five-fold by 2050.

Sustainable transport begins with urban planning. Ideally, by designing a city with sufficient population density to make public transport feasible. “Forty dwellings per hectare are needed to make public transport viable,” says Roger Savage, urban planning director at Atkins. He points to polycentric urban planning using network hubs such as hospitals, universities and business districts linked with boasting population density along transport corridors, which has a real impact on travel patterns. This low carbon planning approach is currently being adopted in the cities of Mysore and Madurai in India. Additionally, land use needs to be integrated with transport. For example, residential apartments and shops can be integrated into the overall design of railway or mass transit stations reducing commuting over the ‘last mile.’