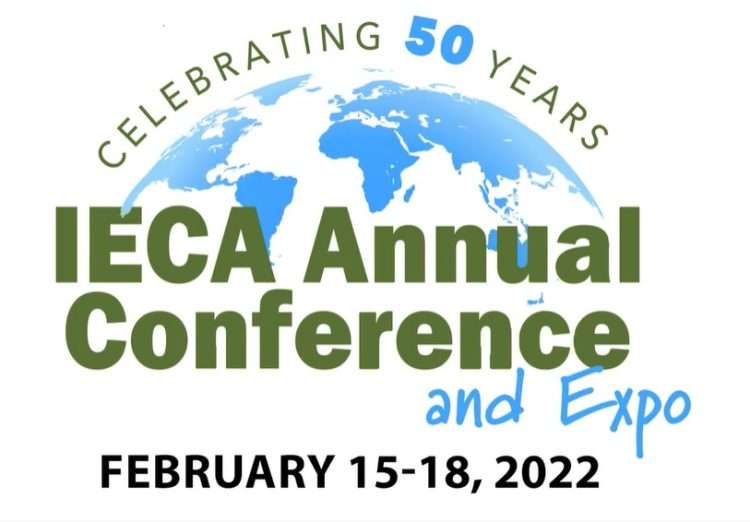 Denver, CO – The International Erosion Control Association (IECA) announced winners for its environmental excellence awards during the 2022 IECA Annual Conference and Expo in Minneapolis, Minn. this past February.

The IECA awards of excellence program acknowledges outstanding achievements in the erosion and sediment control and stormwater industries and is a staple event at the conference.

Young professionals under the age of 40 are recognized for their stormwater and erosion and/or sediment control projects, programs, or academics that demonstrates excellence in natural resource conservation and environmental protection. This year’s winners are Jaime Schussler, EIT, CPESC-IT; Stefano Rignanese. This is the third year Rignanese has been selected for this award and he will be instrumental in organizing a new chapter in Europe this year. And Schussler also received second place in the IECA Poster Contest for “In-channel Sediment Basins: Innovative or Ineffective? A Large-scale Research Study at the Auburn University Stormwater Research Facility.”

The sustained partner award recognizes distinguished support to IECA and outstanding contributions to improve the erosion and sediment control industry for a sustained number of years. This year’s winner is IECA staff member Joanna Fetherolf, CMP. In addition to this award, Fetherolf received a second special award through “The Tie That Binds” which has become an association symbol recognizing members who connect our industry, association and members together.

The IECA outstanding professional award recognizes an IECA member that demonstrates excellence in their work in the industry and is viewed by his/her IECA peers as an industry leader through significant engagement with IECA. This year’s winner is Daniel L. Fisk, CPESC. Fisk is a past president of the IECA Mid-Atlantic Chapter and has proven his leadership with increasing chapter membership, holding three successful conferences and overhauling chapter bylaws during his three years as chapter president.

Winners of the sustained contributor award have demonstrated leadership by example through long-term contribution to the erosion and sediment control industry via education, government involvement, research, establishment of standards or policies or the development of technology. This year’s winner is Wally Butman. Butman has worked in the industry for over 30 years and is a contributing member of IECA for more than 20. He is a frequent presenter at regional IECA events. He has written several industry articles and acted as a mentor to many IECA members over the years.

The environmental excellence award is IECA’s premier award. It recognizes an outstanding stormwater and erosion and/or sediment control project, program or operation that demonstrates excellence in natural resource conservation and environmental protection. Recipients have shown a high level of environmental benefit by clearly identifying the objectives, methods used, results obtained and details of the benefits to the environment. The winner is Western Sydney Airport. Development of Western Sydney Airport involves delivery of a single 3.7km runway, terminal, and airport facilities to provide for approximately 10 million passengers annually. This project has come with significant environmental challenges due to the scale, area and volume of material to be moved. For instance, the team shifted the way they approached erosion and sediment control methods to a scale which is considered more comparable to that of a mine site which has resulted in advancements in the infrastructure industry. Indigenous involvement included the engagement of 138 Aboriginal site officers to assist the project’s archaeologists to complete archaeological investigations across a total of 134 areas of potential Aboriginal heritage and archaeological significance. Over 40,000 items of significance were found including flaked stone cutting tools and barbed spearheads used by the Dharug people over 40,000 years ago.

“The winners of this year’s awards reflect the unification of our industry,” stated IECA chief executive officer, Samantha Roe, IOM. “Last year we announced the reunification of IECA regions. We’re now able to recognize efforts of our global members to help showcase their work and help peers learn more about projects around the world.”

The International Erosion Control Association (IECA) is the world’s oldest and largest member organization devoted to helping professionals who specialize in natural resource protection. IECA is the global resource for specialized education and training, resources and business opportunities for members to utilize to develop their skills and further their careers. For more information about IECA, please visit their website at ieca.org.