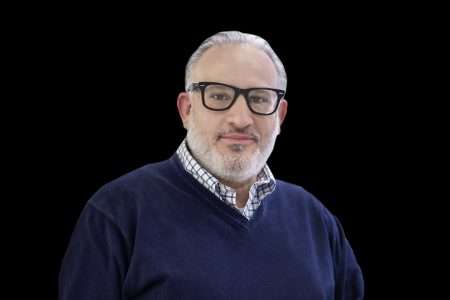 NEW YORK — TPG Architecture, an award-winning New York City-based  architecture and design firm, is pleased to announce the promotion of Ken Tracey to Managing Executive.  Ken has been with TPG since 2011, and has cultivated an impressive career over the past 25 years. In his  new role, he will work alongside the current distinguished group of managing executives and leadership to  aid in the firm’s continued expansion.

“During my time with TPG Architecture, I’ve been able to shape my career path and utilize the valuable  guidance given to me along the way,” says Ken Tracey. “I see this next step as an exciting opportunity, and  I look forward to increasing my voice and visibility among the partnership.”

After receiving his Bachelor of Architecture from the Catholic University of America, Ken turned to the  Greater New York City Area to pursue and refine his passions within the field. Early on, he found himself in  project management roles working with notable firms, including Sargenti, IA Interior Architects, and Corgan  Associates. With each experience, he discovered that spearheading teams, solving problems, and building  client relationships came naturally.

Ken has proven himself to be a respected team leader, mentor, and visionary. His contributions have led  him to work on many prestigious projects for clients including Barclays, Polen Capital, and Tommy John.  Most notably, he oversaw TPG’s efforts on IEX Group’s relocation to 3 WTC. As a high point in Ken’s  career, the transformative project received the CoreNet Award for Project of the Year in 2019.

Following Ken’s success, the firm asked him to serve as the Director for a new Workplace and Landlord  Services Studio that launched in the fall of 2019. Under his leadership, TPG expanded its relationships with  several real estate owners and developers throughout the city, including Silverstein Properties, MHP,  Vanbarton Group, and the Durst Organization. With his clients, Ken is viewed as an experienced  professional and trusted advisor.

“Ken has an innate feel for good business, client care, relationships, mentorship, and integrity,” says  Thomas Hughes, Managing Executive at TPG Architecture. “I am immensely proud and happy for him, and  welcome him to the partnership.”

TPG Architecture is a leading New York City-based design firm focused on creating interior environments  that serve their clients’ strategic objectives. TPG Architecture was founded in 1979 and has grown from a  dual partnership to a firm of over 205 professionals. With their headquarters in New York City and a regional  office on Long Island, TPG Architecture has worked on projects throughout the United States, as well as in  44 countries around the world. The firm’s mission is to create value for their clients through design. TPG  Architecture’s work spans a range of project types including workplace, retail, hospitality, healthcare, and  working with commercial building owners to enhance the value and leasability of their properties.