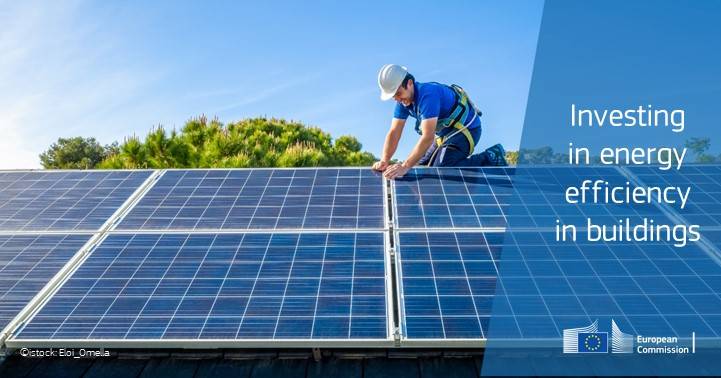 The Solas Sustainable Energy Fund ICAV, a new EU-focused fund targeting energy efficiency investments, has reached its first close with €140 million. The European Investment Bank (EIB) committed a €30 million cornerstone investment to SSEF, backed by the European Fund for Strategic Investments (EFSI), the main pillar of the Investment Plan for Europe. As one of the largest providers of climate finance, the EIB supports projects that promote the priorities and objectives of the European Union.

SSEF also signed an agreement with the Private Finance for Energy Efficiency (PF4EE) support scheme, a joint initiative launched by the European Commission via the LIFE programme and the EIB. One of the goals of PF4EE is to encourage private institutional investors such as insurers and pension funds to invest in European energy efficiency infrastructure, particularly in the small and medium-sized (SME) sector. Further cornerstone investors of SSEF are the Ireland Strategic Investment Fund (ISIF), IDEAL insurance as well as MEAG, the asset manager of the Munich Re group.

The fund will be advised by Solas Capital AG, a specialist investment advisor in the energy efficiency sector. Solas Capital partners with a wide variety of leading energy service companies, project developers, equipment manufacturers, and public sector bodies across the European Union to help facilitate their access to tailor-made financing and enable new investment in energy efficiency.

SSEF will offer funding for energy-saving business models focusing on the renovation of existing infrastructure, particularly buildings, using established and reliable energy efficient technologies such as modern heating and cooling systems, combined heat and power units, solar rooftops, building fabric, LED lighting, etc. Projects in both the public and private sectors will be supported, including the SME sector, which faces more challenges in securing finance.

An initial investment will be made into a project portfolio of energy efficiency measures in buildings. Buildings are responsible for 40% of the European Union’s energy consumption, and 36% of its CO2 emissions. To achieve near zero emissions in buildings, crowding-in private institutional capital will be essential as public funding is not sufficient. SSEF is offering the market a unique financing solution and is closing the gap between energy efficiency funding needs and institutional investor requirements.

The Commissioner for Energy, Kadri Simson, said: “Investing into energy efficiency, renewable energy generation and building renovation is at the core of the European Green Deal and key to bringing down energy bills. The Solas Sustainable Energy Fund will combine the financial support from EFSI and PF4EE to mobilise affordable private financing for investments in the energy performance of buildings, including onsite renewable energy production. The PF4EE guarantee will set the gold standard for equity investment fund initiatives and engage institutional investors in green assets. This will bring us one step closer to achieving the EU’s Green Deal ambition of becoming climate neutral by 2050.”

European Investment Bank Vice-President Thomas Östros, who is responsible for energy financing said: “As Europe’s climate bank, the EIB is proud to be a cornerstone investor in the Solas Sustainable Energy Fund, which will help bridge the major financing gap for energy efficiency projects. Reducing the energy use in buildings is crucial to achieving a carbon-neutral economy in Europe by 2050. We believe that our commitment in this fund will catalyse further investments to meet the immense building renovation challenge.”

“This commitment from the European Commission and the EIB demonstrates confidence in Solas Capital’s expertise and the SSEF’s ability to scale investments in energy efficiency”, said Sebastian Carneiro, co-founder and Managing Partner of Solas Capital. “We are committed to helping our project partners to scale their energy efficiency business models through funding provided by institutional investors which are increasingly committed to aligning their investments with environmental and social goals. Each project funded by SSEF will reduce CO2 emissions and create local high-quality jobs across the EU.”

Solas Capital is a specialist investment advisory firm founded and managed by professionals from the energy efficiency financing sector. Through the development of innovative financing solutions Solas Capital’s mission is to support the move to a carbon neutral society. By understanding both the funding needs of energy efficiency projects and the requirements of institutional investors, Solas Capital bridges the gap between investors and projects. Solas Capital is the investment advisor to the Solas Sustainable Energy Fund, which is supported by the European Investment Bank and the LIFE-programme of the European Commission.

The European Investment Bank (EIB) is the long-term lending institution of the European Union owned by its Member States. It makes long-term finance available for sound investment in order to contribute towards EU policy goals. In 2021, the bank provided €14.3 billion for energy-related projects, of which €4.7 billion for energy efficiency and €5.7 billion for renewables. The EIB Group recently adopted its Climate Bank Roadmap to deliver on its ambitious agenda to support €1 trillion of climate action and environmental sustainability investments in the decade to 2030 and to allocate more than 50% of its financing to climate action and environmental sustainability by 2025. As part of the Roadmap, all new EIB Group operations have also been aligned with the goals and principles of the Paris Agreement since early 2021.

PF4EE is a joint EIB-European Commission financial instrument to promote debt financing for energy efficiency. Each PF4EE partner financial institution benefits from the instrument’s two key components – the Risk Sharing Facility and the Expert Support Facility – which may be combined with an EIB loan to pass on the EIB’s favourable refinancing costs. SSEF is the first investment fund to be supported by PF4EE.

The European Fund for Strategic Investments (EFSI) is the main pillar of the Investment Plan for Europe. It provides first loss guarantees enabling the EIB Group to invest in riskier projects, which encourages private finance providers to participate in projects. The projects and agreements approved for financing under EFSI have so far mobilized €546.5 billion in investment, benefiting over 1.4 million SMEs.