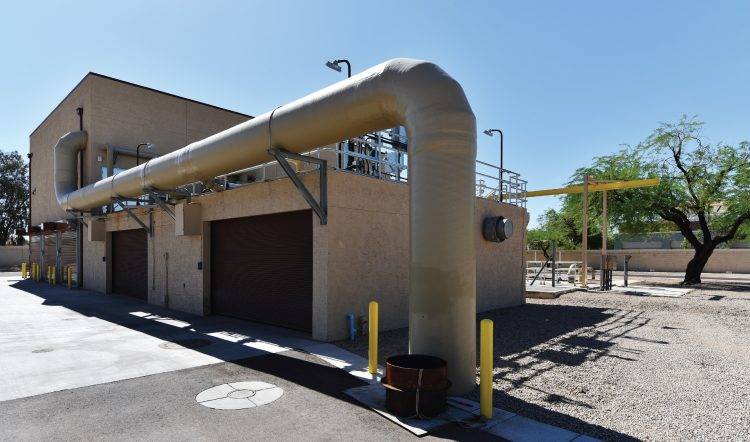 Florida began widespread use of reclaimed water in the mid 1960s, becoming one of the first states to begin using reclaimed water for agricultural purposes, and more communities have adopted use of the technology through time. Estimates vary, but the National Academy of Sciences claims water reuse amounts to less than 1 percent of total water usage in the United States; the General Accounting Office reports 36 states use reclaimed water.

Those statistics, however, are just the tip of the reclaimed-water movement. Population growth—the world population is expected to increase by 2 billion people by 2050—and rising demand is expected to strain water allocation in the near future. Industrialization, urbanization and climate change also are expected to impact water supply, putting more emphasis on reclaimed water.

A recently completed four-year rehabilitation of the Arrowhead Ranch Water Reclamation Facility will help the fast-growing community of Glendale, Ariz., meet the water obligations for its residents for future generations. The $30 million project included replacement of equipment and structures at the plant, which was constructed in 1985 and permitted in 1994. The facility continued to serve the 30,000 residents in the area during the renovation, which was completed in April 2021.

“Different areas were under construction at different times,’’ notes Karla Camou Guerra, Glendale’s Water Services superintendent. “We maintained operations and regulatory compliance during the duration of the project.”

Water reclamation captures water from a variety of sources and treats it for beneficial purposes such as agriculture and irrigation, potable water supplies, groundwater replenishment, industrial processes and environmental restoration.

Such water reuse isn’t a new idea, according to Zachary Dorsey, director of communications for WateReuse, the nation’s only trade association dedicated to advancing laws, policy and public acceptance of recycled water. In the early 20th century, some regions of the nation used reclaimed water for farming. “In the earliest days, water reuse was thought of as a great tool for irrigation in arid climates,’’ adds Dorsey.

“Regions such as the Southwest and Florida have been doing water reuse for many decades,’’ says Dorsey. “But now you have places such as New York City and Chicago, where water supply is not an issue, turning to water reuse to help solve other kinds of water-management challenges such as overburdened wastewater treatment systems, environmental restoration and flood control.”

Delaware has used reclaimed water to irrigate crop land since the 1970s without negatively impacting the environment or crop yields. Florida reuses nearly half of its treated wastewater—about 725 million gallons per day, the most of any state in the nation.

How the Process Works

The process is sophisticated and elaborate. Preliminary steps include measuring the flow coming into the plant, screening out solids, and grit removal to protect against unnecessary wear and tear. Primary treatment eliminates settleable matter and scum that floats to the surface. Secondary treatment processes remove total suspended solids, dissolved organic matter and nutrients.

Secondary treatment processes consist of aerated activated sludge basins or filters with recycle flow followed by final solids separation by settling or membrane filtration and then disinfection. Extensive treatment and disinfection ensures the water is safe and meets strict standards set by the Arizona Department of Environmental Protection.

“Instead of using potable water, effluent is used for Arrowhead Ranch’s artificial lakes and golf courses,’’ notes Camou Guerra. “A portion of effluent is recharged during the winter months and then withdrawn from wells for use in the summer. A little less than 3,000 acre feet of effluent is consistently used by the Arrowhead Ranch community over the last 10 years.” 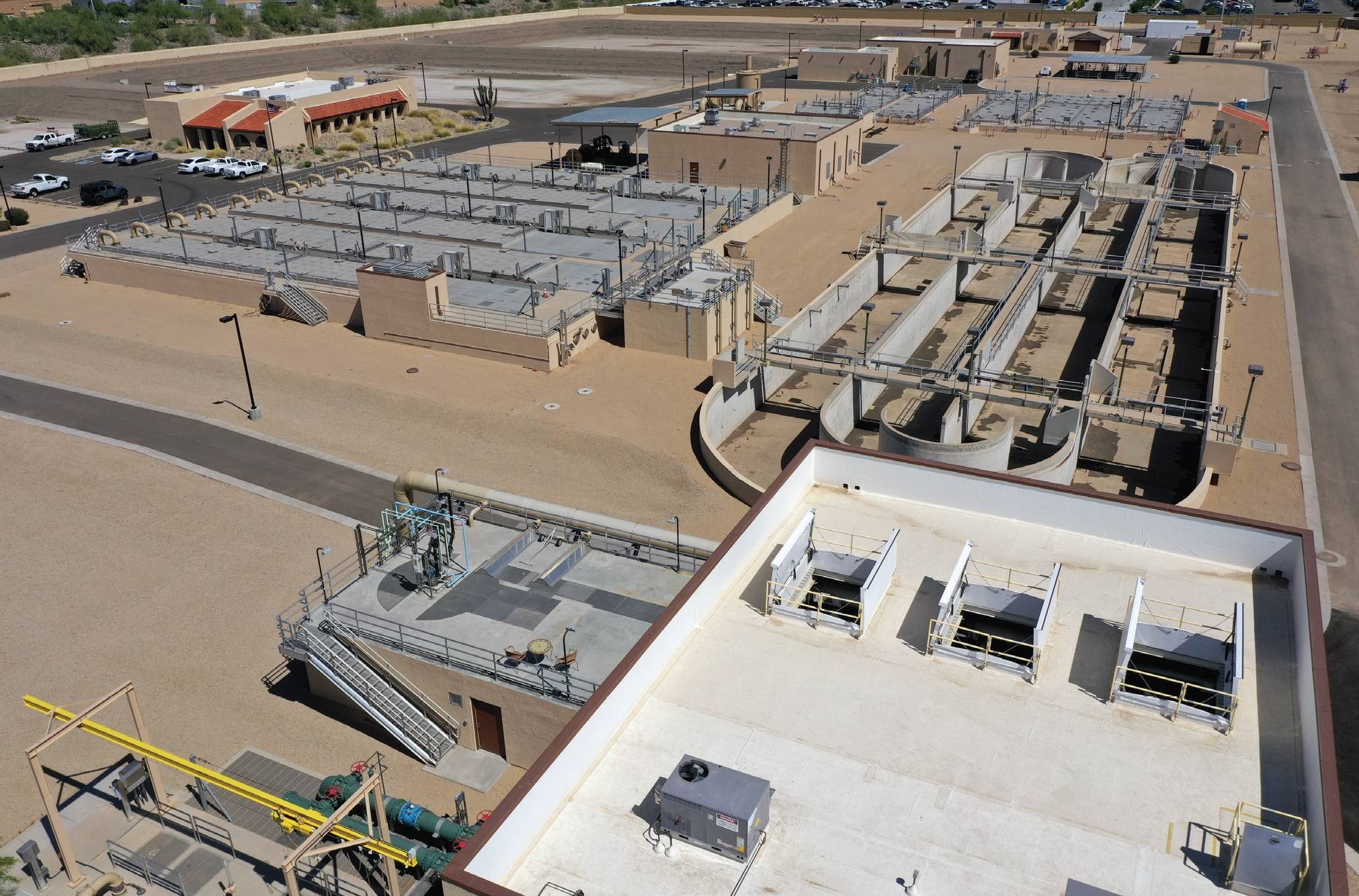 There are multiple uses for recycled water. It can be used for agriculture, industry, environmental restoration, drinking water and business. In Loudon County, Va., recycled water cools the region’s “Data Center Alley,’’ which processes more than 66 percent of the world’s internet traffic.

Virginia also is home to another innovative use of wastewater: The Hampton Roads Sanitation District (HRSD) Sustainable Water Initiative for Tomorrow (SWIFT). The process takes highly treated water that would otherwise be discharged into three rivers in the region and puts it through treatment to meet drinking-water-quality standards. SWIFT water will be used to replenish the Potomac Aquifer with 1 million gallons per day.

Besides helping the region meet its water needs, replenishing the aquifer will slow or even reverse the subsiding of land due to withdrawal. Scientists believe overuse of the aquifer causes about 25 percent of the sinking of land in parts of eastern Virginia.

Replenishing the aquifer also can help communities adapt to rising seas, and the treatment will improve the health of the Chesapeake Bay by effectively eliminating more than 90 percent of the HRSD’s discharge to local waters. This will dramatically reduce the amount of nutrients that reach receiving streams and, ultimately, the bay. 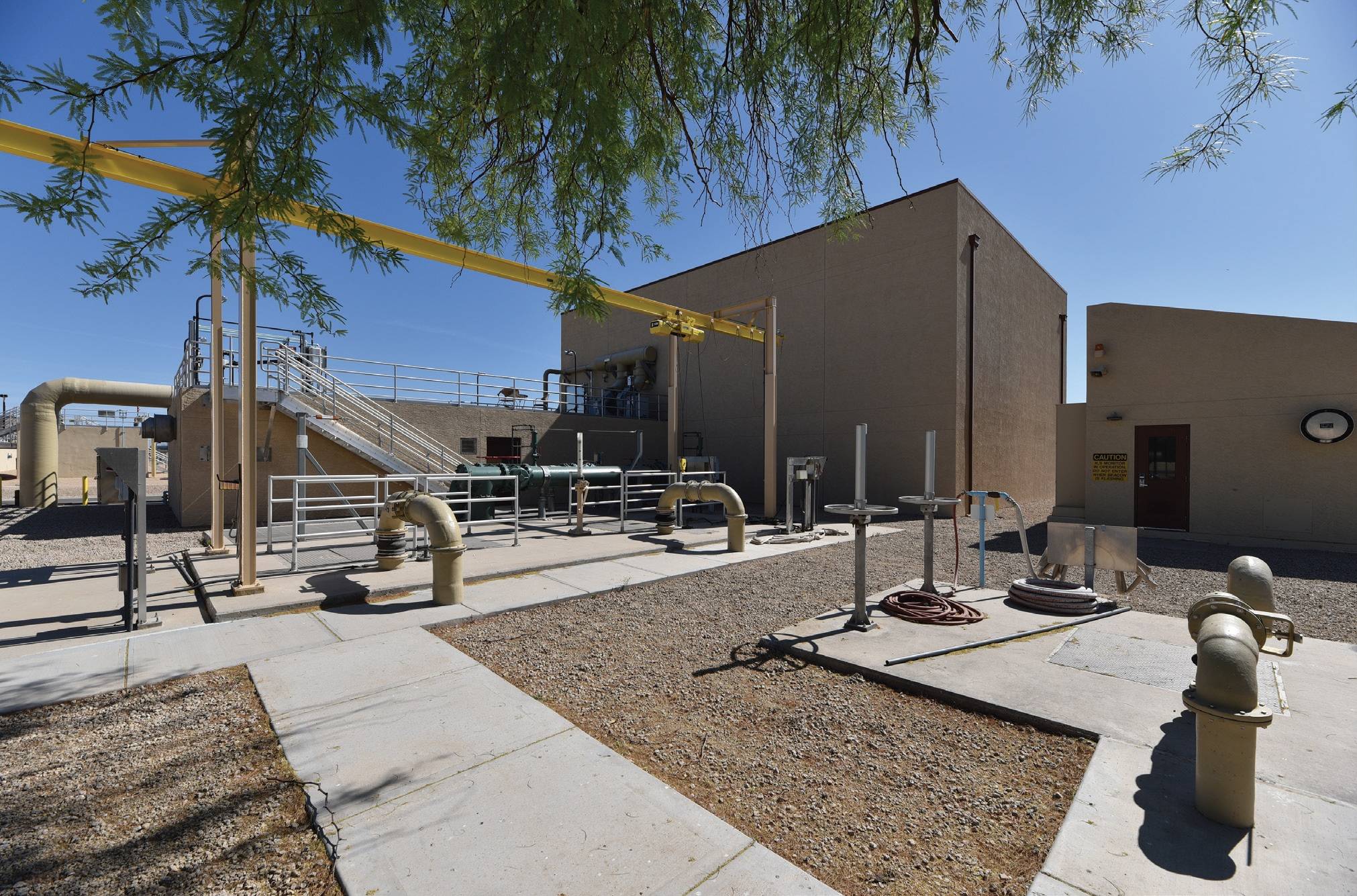 The facility has the capacity to produce 4 million gallons per day of treated wastewater to use for landscaping and other non-drinking purposes.(Gill Couto Photography)

Perhaps the most-significant challenge to water reuse are misconceptions within the community. “I think the first thing someone who hears about reclaimed water may think, ‘Well, they’re just trying to give me this dirty water no one wants,’’’ says Dorsey. “I think people don’t necessarily understand there is really wonderful and proven technology out there to treat most any source of water. Just getting past the ‘yuck’ factor can sometimes be a barrier.”

Many people don’t understand all water goes through a natural recycling process, explains Dorsey. “I think the biggest thing is to remind people that water is recycled naturally,’’ he adds. “The water that was used when dinosaurs were around is still the water we use today. What we do through technology is mimic and speed up what already happens in nature. When you look at it through that lens, people have a better appreciation for water recycling.”

Many communities also express concern about the cost of water-treatment plants, and the projects are undoubtedly costly. The SWIFT project in Virginia could approach $1 billion, and Arrowhead Ranch’s project cost $30 million.

“If your community is going through a drought, cost is not your biggest concern because your need for water is paramount,’’ notes Dorsey. “But water recycling also creates water resiliency, which attracts businesses and helps build a strong local economy. There is a project right now in Nevada where a 13-mile pipeline is being built to bring recycled water to the Tahoe Reno Industrial Park and support 20,000 jobs in the region. These companies need water for cooling and other reasons. Why would you use your water just once when you can clean it and use it again for beneficial purposes?”

The primary challenge in the project was maintaining operations while the facility was built. “The challenges were overcome by careful planning, attention to detail, site investigation and input from all parties involved,’’ explains Camou Guerra.

The first step completed was the installation of aeration basin pumps in 2018. A lot of progress was completed in 2019, beginning with electrical improvements that were finished in March, and concluding with the new pump station that was finished in September. Two odor-control systems, the splitter box, clarifier drives and tertiary facilities also were completed.

Multiple products from BILCO, a specialty access manufacturer, were included in the project, including roof hatches, thermally broken roof hatches, LadderUP Safety Posts, aluminum floor doors, and Bil-Guards (a permanent means of fall protection for roof hatch openings). They were procured by MGC Contractors from Foster Engineered Products. Carollo Engineers worked with MGC and the City of Glendale team to design the facility.

“It was a difficult project because of the continuous operation,’’ says Keith McClure, project manager for MGC Contractors. “There was a lot of bypass pumping that we worked out with the city to keep it operating at all times.”

Much of the work was finished in 2020, and the entire project was completed in spring 2021.

Although there are impediments to using reclaimed water, the global path forward will see increased use of the product. Technology will improve efficiency and processes, and demand for safe, reliable and cost-effective water supply is going to escalate.

The project at Arrowhead Ranch will help ensure community residents are well-served in the years ahead. Other communities would be well-suited to think about their facilities and how they will guarantee their water supply in the years ahead.

“When you are investing in your retirement, you want to diversify,’’ explains Dorsey. “If you’re relying on a single source of water, whether it’s groundwater or surface water, you have less security and less sustainability. Some level of diversification makes sense for most communities. More and more communities are starting to put water reuse into their long-term plans. Communities are thinking about water management and water supply with a portfolio of options, and that’s smart planning.”

Thomas Renner writes on building, construction and other trade-industry topics for publications throughout the United States; email: [email protected].

Thomas Renner writes on building, construction and other trade-industry topics for publications throughout the United States; email: [email protected]