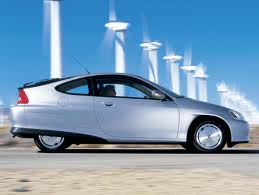 Today, EPA issued its annual report that tracks the average fuel economy of vehicles sold in the United States. The report shows that model year 2012 vehicles achieved an all-time high fuel economy of 23.6 miles per gallon (mpg). This represents a 1.2 mpg increase over the previous year, making it the second largest annual increase in the last 30 years. Fuel economy has now increased in seven of the last eight years.

“Today’s new vehicles are cleaner and more fuel efficient than ever, saving American families money at the gas pump and helping to keep the air that we breathe cleaner,” said Janet McCabe, Acting Assistant Administrator for EPA’s Office of Air and Radiation. “Each year new technologies are coming on line to keep driving these positive trends toward greater and greater efficiency.”

Fuel economy will continue to improve under the Obama administration’s historic National Clean Car Program standards. The program doubles fuel economy standards by 2025 and cuts vehicle greenhouse gas emissions by half. The standards will save American families $1.7 trillion dollars in fuel costs, and by 2025 will result in an average fuel savings of more than $8,000 per vehicle. The program will also save 12 billion barrels of oil, and by 2025 will reduce oil consumption by more than 2 million barrels a day – as much as half of the oil imported from OPEC every day.

The large fuel economy improvement in model year 2012 is consistent with longer-term trends. Fuel economy has increased by 2.6 mpg, or 12 percent, since 2008, and by 4.3 mpg, or 22 percent, since 2004. The average carbon dioxide emissions of 376 grams per mile in model year 2012 also represented a record low. While EPA does not yet have final data for model year 2013, preliminary projections are that fuel economy will rise by 0.4 mpg, and carbon dioxide emissions will decrease by 6 grams per mile in 2013.

EPA’s annual “Light-Duty Automotive Technology, Carbon Dioxide Emissions, and Fuel Economy Trends: 1975 through 2013” attributes much of the recent improvement to the rapid adoption of more efficient technologies such as gasoline direct injection engines, turbochargers, and advanced transmissions.
Consumers have many more high fuel economy choices due to these and other technologies, such as hybrid, diesel, electric, and plug-in hybrid electric vehicles. Consumers can choose from five times more car models with a combined city/highway fuel economy of 30 mpg or more, and from twice as many SUVs that achieve 25 mpg or more, compared to just five years ago.

The new report can be found at: http://epa.gov/otaq/fetrends.htm