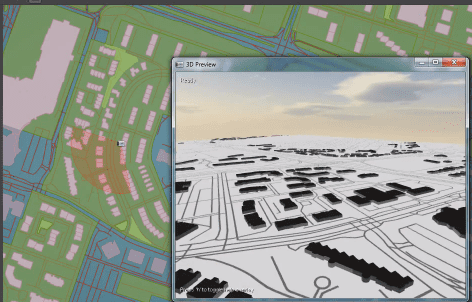 GameSim Inc, provider of software and services to the gaming, simulation, and geographic information systems (GIS) industries, has announced that it expects to close this year with 30 percent overall company growth and $3.6 million in revenue. Ranked by Inc. Magazine as one of the 500 fastest growing companies in America, this is the third consecutive year the company will report a significant increase in revenue.

This year, GameSim completed several large scale co-development projects within the gaming industry. The team was most recently contracted by EA Sports to perform art and engineering work for Madden NFL 25 on Xbox360, XboxOne, PlayStation3 and PlayStation4.  This contract was following several successful projects between GameSim and EA Sports in the past.

The company also won another key contract in the simulation industry when it was selected by the United States Air Force to receive funding through its Small Business Innovation Research (SBIR) program to drive development of a visual simulation platform for tactical training of Air Force personnel. GameSim debuted the initial results of its work on this contract, a desktop flight simulator created with support from Lockheed Martin, at the I/ITSEC conference earlier this month.

“We’ve made tremendous strides in several strategic areas, and I look forward to continuing on this path as we bring in new talent and tackle new projects in the coming year,” said Andrew Tosh, GameSim founder and president. “Our growth in both gaming and modeling simulation is due to our previous work in those industries and our outstanding reputation.”

Beyond its work in gaming and simulation, the company plans to expand its services in the geographic information systems (GIS) industry, which consists of data visualization and situational awareness application development. Tosh added, “The GIS industry is growing rapidly, and we have the unique opportunity to mix our creative abilities with our technical experience to provide just the right service for GIS.”

“I’m truly proud of where we currently stand, and I am happy that we’ve built a company that people know they can depend on for high-quality work,” Tosh said. “We’re ending this year on a strong note with the introduction of a new desktop flight simulator, new developments to the Conform platform, and positive relationships with all of our existing clients. My goal is to build upon these achievements with my team to keep the company in a state of expansion throughout 2014.”

About GameSim:
GameSim is a software company working in the Video Game, GIS and Modeling & Simulation Industries. GameSim has developed applications for government customers including the US Army, US Air Force, and NASA, in addition to commercial companies including Electronic Arts and CSX. GameSim is an experienced game development studio, having worked on all major game platforms.