Four HDR projects have been named among the best in North America by Roads & Bridges magazine in their 2021 Top 10 Roads and Top 10 Bridges awards. Among the winners is the Interstate 680 Southbound Express Lane, named the top road project in the U.S.

“Awards such as these recognize the vision of DOTs in serving transportation users and the expertise of our road and bridge planners and engineers who help make that vision a reality” said HDR Highways and Roads Director Bernie Arseneau. “It’s gratifying to see our work recognized, and I couldn’t be prouder of our expert teams that have delivered amazing projects to satisfied clients across the globe.”

The winning projects, chosen by the magazine’s editorial staff, were announced in the November/December issue of Roads & Bridges. The recognition continues a tradition of HDR projects earning accolades from the industry’s leading transportation construction and engineering magazine. In 2019, for example, HDR’s Project Neon in Las Vegas was named the No. 1 road project, and the Bayonne Bridge and Basnight Bridge were named top bridges No. 1 and 2, respectively. 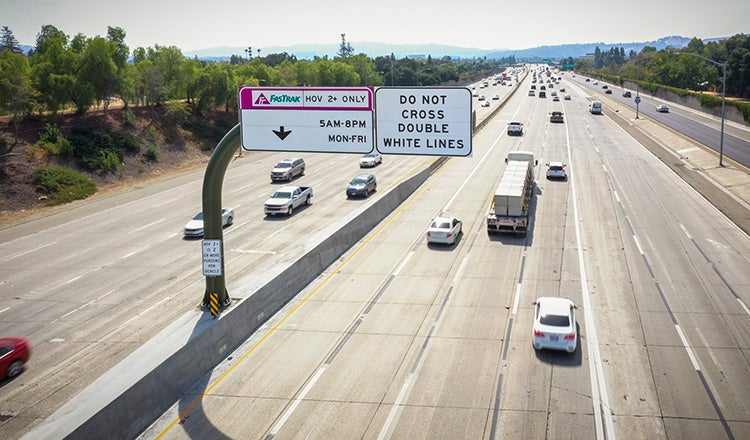 In close coordination with the Contra Costa Transportation Authority, the lane opened under budget and a year ahead of schedule as an HOV lane. The project team overcame significant challenges including an urban corridor with physical constraints, wetlands and marsh habitats, the need for two separate construction contracts, and complex maintenance of traffic requirements. 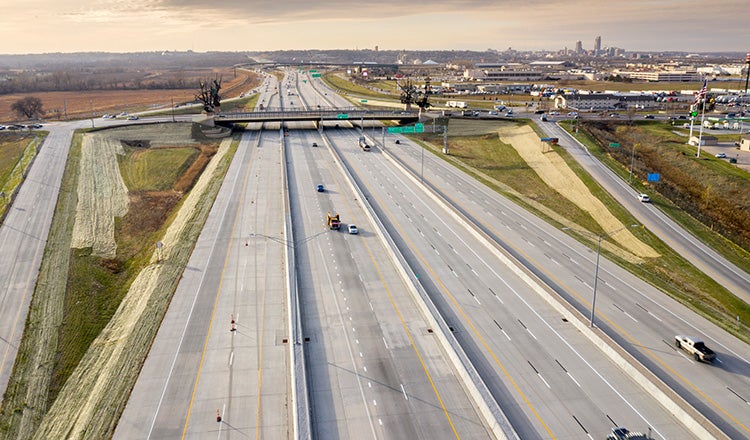 The marquee feature of the Council Bluffs Interstate System Improvement Program is the 3-mile dual, divided freeway — the first in the region. It includes at least six total lanes in each direction, three on I-80 Express and three on I-29/I-80 Local, with the two separated by a concrete barrier. 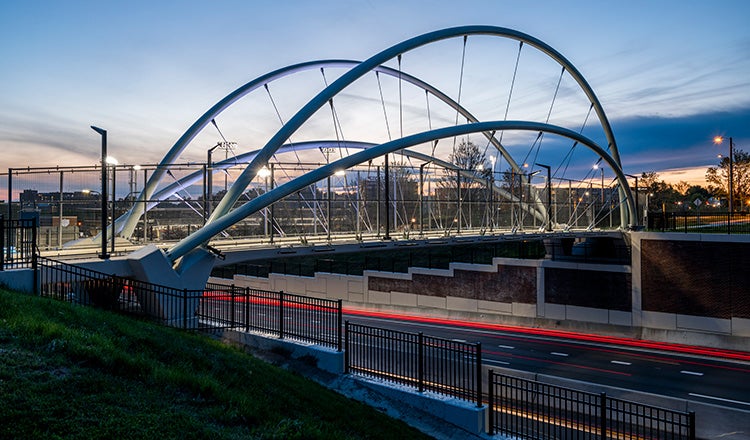 Coordinating closely with the North Carolina DOT and the City of Winston-Salem, HDR provided the final engineering and design for the bridge, part of our work as the lead consultant on the I-40 Business Reconstruction project. The bridge benefited from extensive advanced parametric design work that helped our team meet a limited design and construction budget on an aggressive schedule.

I-91 Rockingham Bridges, No. 6 Bridge 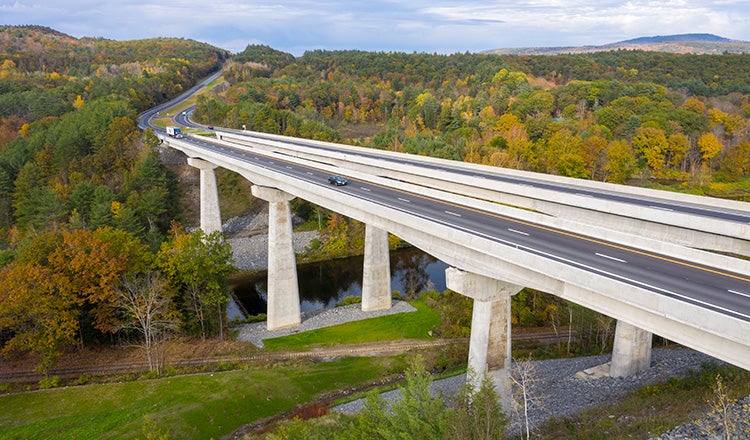 The $50 million I-91 Rockingham Bridges are Vermont’s first four-span spliced precast concrete girder structures and the last of three major bridge replacements on I-91 in southeastern Vermont. The design-build project used one-of-a-kind elements and some of Vermont’s largest precast segments, raised with massive cranes, to expedite and simplify construction while overcoming a unique unbalanced layout.

The team constructed new bridges atop a challenging topography and more than 130 feet above an environmentally critical river. The project team repurposed the old substructure as temporary supports for the new bridges, maintained traffic throughout construction, and surmounted the considerable pier slenderness requirements of the Vermont Agency of Transportation to deliver a wider, safer and more resilient set of structures.

For over a century, HDR has partnered with clients to shape communities and push the boundaries of what’s possible. Our expertise spans more than 10,000 employees in more than 200 locations around the world — and counting. Our engineering, architecture, environmental and construction services bring an impressive breadth of knowledge to every project. Our optimistic approach to finding innovative solutions defined our past and drives our future. For more information, please visit www.hdrinc.com