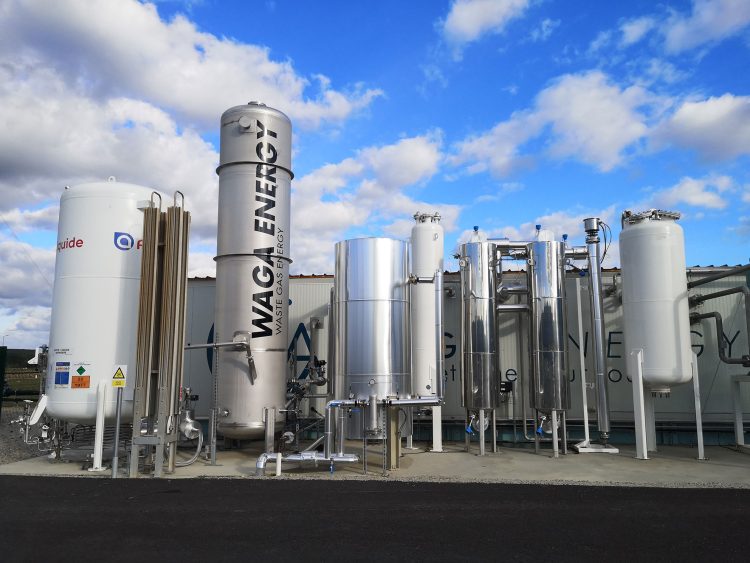 The WAGABOX® units are part of two SPV companies, one of which is jointly owned by Meridiam. These two companies signed a non-recourse credit agreement with the banks for 10.4 million euros to repay the loans previously contracted with Waga Energy and Meridiam. The refinancing of these four WAGABOX® units will strengthen Waga Energy’s cash flow and enable further financing of new projects in Europe and North America.

The SPV company jointly owned by Waga Energy and Meridiam hosts three biomethane units, one of which is still under construction. The second SPV company hosts one unit and is 100% owned by Waga Energy. When the final unit is commissioned, the projects will generate a total of 95 GWh of biomethane per year and prevent the emission of the equivalent of 17,000 tonnes of CO2 into the atmosphere.

Waga Energy’s proprietary technology is the result of 10 years of research and development. It makes it possible to upgrade landfill gas into grid compliant biomethane, also known as Renewable Natural Gas. Waga Energy currently operates ten WAGABOX® units in France. Ten more projects are also under construction in France, Spain and Canada. The Group plans to have 100 WAGABOX® units in operation worldwide by the end of 2026, to achieve a production capacity of around 4 TWh per year and avoid the emission of 700,000 tonnes of CO2 per year in the atmosphere.

Marie-Amélie Richel, Administrative & Financial Director of Waga Energy, declares: “The success of this refinancing operation demonstrates the finance community’s confidence in our business model and our technology. Our ability to raise bank debt to reduce the cost of project financing is a major factor in the competitiveness of the biomethane we produce”.

Julien Touati, Partner at Meridiam, declares: “This partnership with Waga Energy, which is entering a new phase with the mobilization of leading long-term banking partners, is a perfect illustration of our desire to bring technological solutions to the service of the energy transition. Fostering circular economy models is at the heart of our mission. We have supported Waga Energy for three years now, and we embrace this pioneering role in the production of biomethane and green gas, a sector in which we are now one of the main investors in France“.

Waga Energy (ISIN: FR0012532810, symbol: WAGA) produces competitively priced biomethane by upgrading gas from waste storage sites (“landfill gas”) using a patented purification technology called WAGABOX®. The biomethane produced is injected directly into the gas distribution networks that supply individuals and businesses, providing a substitute for natural gas. Waga Energy finances, builds and operates its WAGABOX® units under long-term contracts with waste storage site operators for the supply of raw gas, and generates income by reselling the biomethane it generated. Waga Energy operates 10 WAGABOX® units in France, representing an installed capacity of 225 GWh / year. Ten units are under construction in France, Spain and Canada. Each project initiated by Waga Energy contributes to the fight against global warming and the helps the energy transition. Waga Energy has been listed since October 27, 2021 on Euronext Paris.

Meridiam was founded in 2005 by Thierry Déau, with the belief that the alignment of interests between the public and private sector can provide critical solutions to the collective needs of communities. Meridiam is an independent investment Benefit Corporation under French law and an asset manager. The firm specializes in the development, financing, and long-term management of sustainable public infrastructure in three core sectors: sustainable mobility, critical public services and innovative low carbon solutions. With offices in Addis Ababa, Amman, Dakar, Istanbul, New York, Luxembourg, Paris, Toronto, Vienna, Libreville, and Johannesburg, Meridiam currently manages US$18 billion and more than 100 projects to date. Meridiam is certified ISO 9001: 2015, Advanced Sustainability Rating by VigeoEiris (Moody’s), and applies a proprietary methodology in relation to ESG and impact based on United Nations’ Sustainable Development Goals (SDGs).