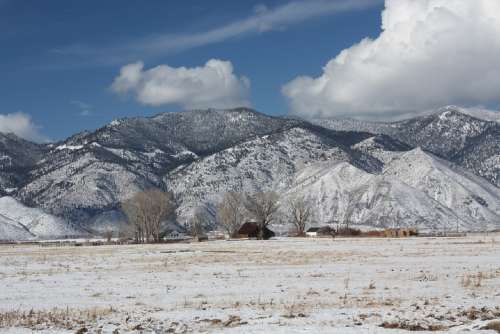 A recent study in Nevada’s Carson Valley by the U.S. Geological Survey confirms that septic tanks are contaminating groundwater in the region with concentrations of nitrates, posing human health risks from contaminated drinking water. Conducted on a larger scale than previous investigations, the study showed that the amount of nitrate contamination is two times greater in suburban areas dominated by single-family homes with septic tanks, compared to areas that are more rural, with fewer homes on the land.

Elevated nitrate levels in groundwater are of concern due to human health risks associated with drinking contaminated water and the possibility of an overabundance of nutrients in the Carson River, leading to harmful algal blooms or fish kills. Nitrate concentrations in water from monitoring wells and from domestic wells have been increasing at a slightly higher rate since the mid-1980s and are anticipated to continue to increase in the future under current land-use practices. To estimate how high the concentrations may be in the future and evaluate possible mitigation, computer models were used to assess future nitrate concentrations with continued use and removal of septic systems, and the potential influence of domestic well-water pumping.

With the support of Nevada’s Douglas County and Carson Water Subconservancy District, USGS scientists investigated sources and transport of nitrates in the alluvial aquifer underlying the Carson Valley in Douglas County.

“Given the high number of septic tank systems in the area, the relatively shallow depth to water, and lack of natural degradation of nitrates, the concentration of nitrates in groundwater may continue to increase over time,” said USGS hydrologist and lead author Ramon Naranjo.

Residents of Carson Valley rely on groundwater from an alluvial aquifer for domestic use and agricultural irrigation. Since the 1970s, there has been an increase in population in several parts of the valley that rely on domestic wells for drinking water and septic systems for treatment of household waste. As a result, the density of septic systems in the developed areas is greater than one septic system per three acres, and the majority of the domestic wells are less than 100 feet in depth.

The study found that the continued use of septic systems for treatment of domestic waste results in ongoing loading of nitrates to the aquifer. Increasing over time, this will result in the extent of the nitrate plume in the aquifer with concentrations exceeding the U.S. Environmental Protection Agency maximum contaminant level of 10 milligrams per liter.

Modeled nitrate concentrations decline at a slower rate when both septic tank systems are removed and domestic wells are abandoned, reducing the risk to human health but prolonging the persistence of nitrate in the aquifer.

Ongoing monitoring of the nitrate concentrations in groundwater and surface water, including the discharge of nitrates to the Carson River from groundwater, is needed and would help scientists to understand the current distribution and future occurrence and movement of nitrates and other effluent-related compounds in the high concentration areas.