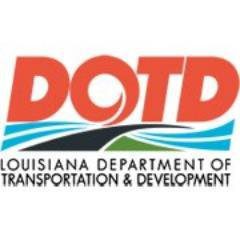 Baton Rouge – Today, the Louisiana Department of Transportation and Development announced that the state is slated to receive nearly $6 billion from the Infrastructure Investment and Jobs Act (IIJA) after the United States House of Representatives passed the bipartisan bill, which was passed by the U.S. Senate this past August. The IIJA is the largest dedicated highway and bridge investment since the construction of the interstate highway system. In addition, Louisiana is well positioned to compete for billions more with the Bridge Investment Program and other major projects that will deliver substantial economic benefits to communities across Louisiana, including broadband, resiliency, ports and rail.

“The Infrastructure Investment and Jobs Act is a big win for Louisiana as it will allow the state to both advance long overdue and much-needed major road and bridge projects as well as help expand high speed broadband access, affordability and literacy. These bipartisan investments will be nothing short of transformational,” said Gov. John Bel Edwards. “Over the next five years, this nearly $6 billion federal investment will have a significant impact on major projects such as highways, bridges, public transportation, electric vehicle infrastructure, ports, and airports, and it will create a more resilient transportation system that can better withstand disruptions from extreme weather. Louisiana’s aging infrastructure will receive improvements that create a better overall quality of life for all users, expand the economy, and provide a more reliable transportation system for citizens and businesses in Louisiana. In addition, expanded broadband, especially in rural areas of our state, will greatly benefit small businesses, farmers, students, teachers, healthcare professionals and so many others. In short, the historic investment levels of the IIJA provide a unique opportunity to improve and transform our state now and for generations to come. I commend Congress and the Biden Administration for this historic achievement, and I look forward to working with the legislature to ensure that we take full and immediate advantage of this opportunity to advance our state.”

“The IIJA is crucial for Louisiana, as it will allow the state to advance several much-needed major road and bridge projects in which funding has not yet been fully identified,” said DOTD Secretary Shawn D. Wilson, Ph.D., President of the American Association of State Highway and Transportation Officials. “Our state’s infrastructure system is relying solely on a fuel tax that’s over 30 years old; as a result, we have a backlog of $15 billion in road and bridge repairs that will never be eliminated with the current gas tax. In recent years we’ve relied heavily on federal dollars and innovative funding methods, such as public-private partnerships, to continue investing in our aging transportation system. Not only will this act benefit infrastructure projects, but it will also greatly help our multimodal system such as our waterways, ports and rail programs. With this funding, DOTD will be able to close the gap in funding on major projects and implement more projects to help slow the backlog of growing needs. I applaud Senator Bill Cassidy of our state who was instrumental in gathering bipartisan support for this bill in the Senate, and we are grateful for his hard work. I would also like to thank Congressman Troy Carter for his vote and continued support to improve Louisiana’s infrastructure.”

Statewide, funding from the IIJA will be allocated to: