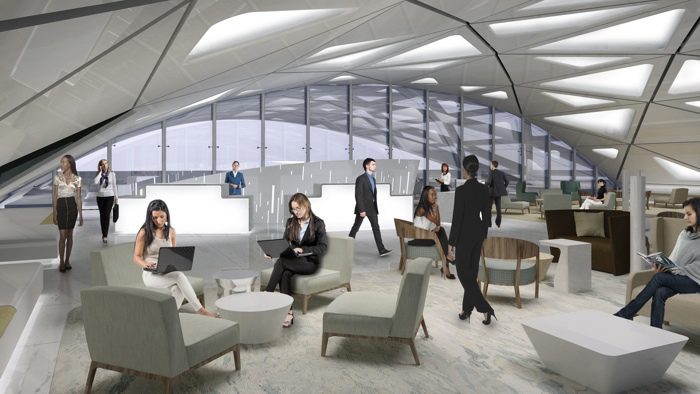 After a break, the Infrastructure Symposium covered different technology advancements.

Jack Strongitharm, civil industry manager, ISM at Autodesk discussed the evolution of survey technology and data capture, where GPS has led to scanning technology and the use of unmanned aerial systems (UAS) to capture imagery and models. At the early stage there’s a need to capture for contextual information before the project starts. A quadcopter was used to create a model in Las Vegas with a recreational purpose with a detailed model captured in ten minutes and processed and modeled using Recap Photo. The project used a $10,000 custom copter, and also a $2,000 copter, comparing the results from both — proving both are useful and that the technology is quickly democratizing and getting cheaper.

Lynda Sharkey, technical marketing manager at Autodesk spoke about modeling sustainability and the ability to simulate performance with a triple bottom line benefit (people, planet, profit). Using Low Impact Development for Sites, different green elements were added to a model of a site in San Francisco to work toward sustainability goals with scoring happening as the model was embellished with rain gardens and other site amenities. The modeling was also done to include Walkscore and transit accessibility, understanding the gallons of gas saved and net carbon emissions.

The next panel took on construction coordination with Building Information Modeling.

In conclusion, the technology showcase illustrated the latest uses of technology in practice, with Autodesk customers showing each other their approaches and lessons learned.