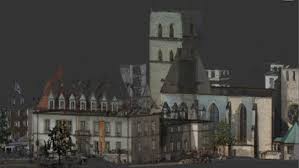 The Autodesk Infrastructure Symposium highlighted the use of their ReCap technology to capture 3D technology with mobile LiDAR, as well as InfraWorks to bring in that data and design and model a new project in a session that highlighted some far-forward modeling scenarios.

Together these scenarios illustrated the viability of modeling technologies for improved project delivery, as well as creative uses that will translate into future projects