New Ranking Finds US Faltering in Its Relative Contribution to Clean Energy Innovation, While Northern Europe Leads and China Lags 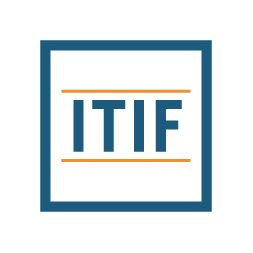 WASHINGTON—With a pivotal UN Climate Change Conference set to convene October 31 in Glasgow, Scotland, pressure is building for nations to accelerate the pace of clean energy innovation. Against this backdrop, the United States is contributing the most to the global energy innovation system in absolute terms, but it has faltered badly in recent years relative to its potential, according to a multifaceted analysis by the Information Technology and Innovation Foundation (ITIF), the leading think tank for science and technology.

Finland, Denmark, Sweden, and the United Kingdom lead the 34 nations ITIF assesses in its 2021 Global Energy Innovation Index. Meanwhile, the United States has dropped from 4th in a 2016 baseline ranking to 17th in the new index. China lags even further behind in relative terms, ranking in 25th place.

The 34 nations in ITIF’s index together invested more than $27 billion in clean energy R&D in the most recent year for which data is available—which was 25 percent more than 2015, but essentially flat accounting for economic growth.

“The only way to meet the growing demand for energy services while averting the worst consequences of climate change is to accelerate clean energy innovation. But we are seeing a distinct lack of urgency, which undermines any real chance of achieving the UN goal of net-zero emissions by 2050,” said David M. Hart, director of ITIF’s Center for Clean Energy Innovation, who co-authored the report. “National governments must take responsibility for driving clean energy innovation because there is no international entity with the resources to fund energy innovation at the requisite scale, while the private sector lacks the incentive to do so.”

ITIF’s 2021 Global Energy Innovation Index is comprised of 20 indicators grouped into three subindices assessing countries’ contributions to the global energy innovation system based on their levels of knowledge development and diffusion, entrepreneurial experimentation and market formation, and social legitimation and international collaboration. Broadly, the analysis identifies several clusters of performance:

The U.S. ranking in 2021 fell across all subindices compared with the 2016 baseline index. It fairs well in its level of knowledge development and diffusion, and in its entrepreneurial experimentation and market formation—ranking 9th and 12th in those subindeces, respectively—but it sits in 31st place for social legitimation and international collaboration. In absolute terms, it invested over $8.4 billion in public clean energy R&D—more than 25 times the amount Norway invested. But adjusting for the size of its economy, the United States ranks just eighth on that indicator.

“The data shows that countries make highly varied contributions to clean energy innovation, and while their strengths often complement one another there is still a need for much more improvement,” said Chad A. Smith, a research fellow with ITIF, who co-authored the report. “If the world is going to achieve the UN’s climate goals, then individual nations all must raise their ambitions to a higher level so the global innovation system as a whole can produce the energy transition we need.”

Read the index and explore an interactive dataviz at itif.org/GEII-2021.

The Information Technology and Innovation Foundation (ITIF) is an independent, nonprofit, nonpartisan research and educational institute focusing on the intersection of technological innovation and public policy. Recognized by its peers in the think tank community as the global center of excellence for science and technology policy, ITIF’s mission is to formulate and promote policy solutions that accelerate innovation and boost productivity to spur growth, opportunity, and progress. Learn more at itif.org.