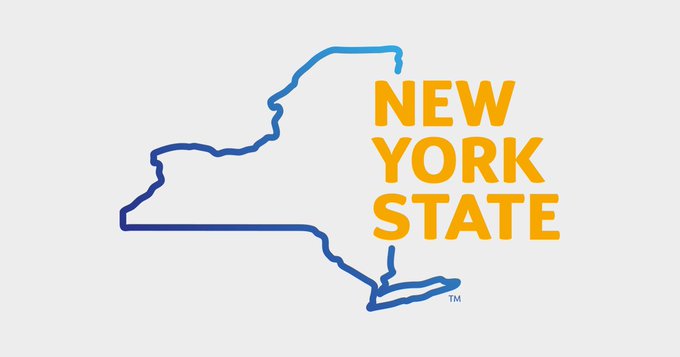 Governor Kathy Hochul today announced that New York has now replaced more than 286,000 of its streetlights with LED fixtures, surpassing the halfway milestone in the state’s goal to replace at least 500,000 streetlights with LED technology by 2025 under Smart Street Lighting NY. The street lighting initiative — administered by the New York Power Authority — is improving lighting quality and neighborhood safety while reducing energy and lighting maintenance costs across the entire state. The initiative also directly supports the goals of the Climate Leadership and Community Protection Act, the most aggressive climate change law in the nation, through the increased use of energy efficiency to annually reduce electricity demand by three percent—equivalent to 1.8 million New York households—by 2025.

“Municipalities of all sizes across New York have been rapidly converting their streetlights to LED technology under the Smart Street Lighting NY program,” Governor Hochul said. “The new LED street lighting fixtures are a critical infrastructure improvement for the state as they reduce electric costs, improve safety and save money for local governments. I was excited to announce this program in 2018 and in a little more than three years, we’ve surpassed the halfway mark. We are well on our way to exceeding the state’s ambitious goal to replace 500,000 street lighting fixtures by 2025.”

The Power Authority has installed more than 71,000 LED streetlights statewide, with nearly 60,000 lighting replacements currently being installed. Some of the more than 100 municipalities that have already converted to LED streetlights in collaboration with NYPA include: Syracuse, Albany, Rochester, and White Plains.

In addition, the Public Service Commission, working with investor-owned utilities around the state, has facilitated the installation of more than 215,000 additional LED streetlights.

NYPA President and CEO Gil C. Quiniones said, “Smart Street Lighting NY has been an enormous success story for the state and NYPA intends to aggressively continue the installation of LED street lighting and we are on track to not only meet, but to exceed the Governor’s goal of 500,000 LED streetlights installed by 2025. The program, which also offers municipalities the ability to expand SMART city technologies that meet a city’s individual needs, is a win-win for the state and our customers as it reduces energy use, improves safety and municipal government efficiency, and saves money.”

NYPA is working with cities, towns, villages and counties throughout New York to fully manage and implement a customer’s transition to LED streetlight technology. NYPA provides upfront financing for the project, with payments to NYPA made in the years following from the cost-savings created by the reduced energy use of the LED streetlights, which are 50 to 65 percent more efficient than alternative street lighting options.

Through this statewide street lighting program, NYPA’s government customers are provided a wide array of lighting options to help meet their individual needs, including specifications on the lights to incorporate SMART technology, which can be used for dozens of other functions, such as cameras and other safety features, weather sensors, Wi-Fi and energy meters.

New York State’s nation-leading climate agenda is the most aggressive climate and clean energy initiative in the nation, calling for an orderly and just transition to clean energy that creates jobs and continues fostering a green economy as New York State recovers from the COVID-19 pandemic. Enshrined into law through the Climate Leadership and Community Protection Act, New York is on a path to achieve its mandated goal of a zero-emission electricity sector by 2040, including 70 percent renewable energy generation by 2030, and to reach economy wide carbon neutrality. It builds on New York’s unprecedented investments to ramp-up clean energy including over $21 billion in 91 large-scale renewable projects across the state, $6.8 billion to reduce buildings emissions, $1.8 billion to scale up solar, more than $1 billion for clean transportation initiatives, and over $1.2 billion in NY Green Bank commitments. Combined, these investments are supporting more than 150,000 jobs in New York’s clean energy sector in 2019, a 2,100 percent growth in the distributed solar sector since 2011 and a commitment to develop 9,000 megawatts of offshore wind by 2035. Under the Climate Act, New York will build on this progress and reduce greenhouse gas emissions by 85 percent from 1990 levels by 2050, while ensuring that at least 35 percent with a goal of 40 percent of the benefits of clean energy investments are directed to disadvantaged communities, and advance progress towards the state’s 2025 energy efficiency target of reducing on-site energy consumption by 185 trillion BTUs of end-use energy savings.

NYPA is the largest state public power organization in the nation, operating 16 generating facilities and more than 1,400 circuit-miles of transmission lines. More than 80 percent of the electricity NYPA produces is clean renewable hydropower. NYPA uses no tax money or state credit. It finances its operations through the sale of bonds and revenues earned in large part through sales of electricity. For more information visit www.nypa.gov and follow us on Twitter @NYPAenergy, Facebook, Instagram, Tumblr and LinkedIn