Plan to Strengthen the Portland Metro Levee System Approved by the U.S. Army Corps of Engineers 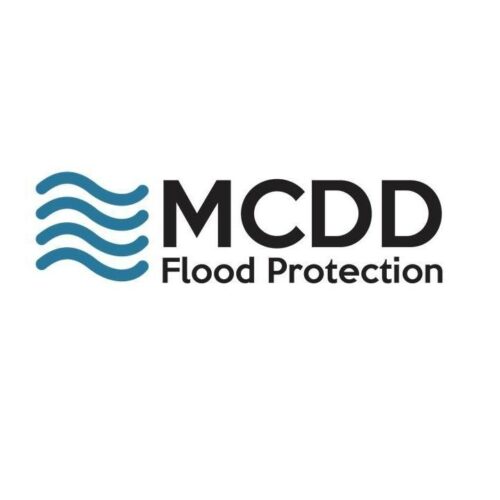 Portland, Ore. – After three years of work, the Commander of the US Army Corps of Engineers (the Corps) has approved recommendations to make the 27-mile levee system along the Columbia River in the Portland metro area more resilient and reliable for the next fifty years and beyond.

The recommendations are the result of a federally funded flood risk reduction feasibility study conducted by the Portland District of the Corps. This study was designated in 2018 thanks to the support of Oregon’s Congressional delegation led by US Senator Ron Wyden, US Senator Jeff Merkley, and Congressman Earl Blumenauer, and the advocacy of the Levee Ready Columba partnership – a local coalition of public, private, and nonprofit organizations working together to reduce local flood risk.

“It’s important to realize we have this massive levee system along the Columbia River in the Portland area that reduces the risk of flooding,” explained Ken Anderton, Senior Real Estate & Development Manager for the Port of Portland, and Board President of Multnomah County Drainage District (MCDD), the special district that operates and maintains the local levee system. “This system was originally built before the area became the economic engine and major transportation hub that it is today. The completion and approval of this study puts us in a great position to compete for significant federal investment to make sure our flood safety system is more resilient and reliable for the future.”

“I’m gratified the teamwork with the delegation and local groups here in Portland have paid dividends with this study for an area crucial to generating family-wage jobs in the city, state and region,” Senator Wyden said. “Completion of this study puts us one key step closer to protecting the $16 billion of annual economic activity that happens behind the levees by making meaningful investments in vital public infrastructure like PDX, three interstate highways, multiple electrical substations, intercontinental freight lines and much more.”

“Climate chaos is not a distant possibility that we can ignore. It’s a brutal reality that has already arrived on Oregonians’ doorsteps in the form of floods, wildfires, droughts, and heat-waves—claiming lives and hurting our economy,” said Senator Merkley. “That’s why now is the time to do everything we can to make our communities as resilient as possible, including by helping Multnomah County install a levee system to keep Oregonians safe from inevitable Columbia River floods. Without action, lives and livelihoods will continue to be put at even greater risk.”

“The mighty Columbia River has shaped who we are and how we use the land around us. While living along this great river provides us with many benefits, it also comes with some risk,” said Congressman Blumenauer. “The Portland Metro Levee System is a first line of defense for tens of thousands of people, vital public infrastructure, and thousands of acres of parks and natural spaces, including habitat for protected animal species. Ensuring the resiliency of this system is one of many steps we must take to mitigate the effects of climate change and future river conditions.”

The approval of the Feasibility Report and Recommended Plan by the Chief of Engineers marks a major milestone. Next, the study will be routed to the Assistant Secretary of the Army and President Biden’s Office of Management & Budget to determine if it should go to Congress for authorization and appropriations. If the project moves forward without any delays, construction could potentially begin by mid-2025.

The “Recommended Plan” includes a series of projects that will:

“The approval of this study is an important step that puts our community on a pathway to secure significant federal investment,” said Michael Jordan, Director of the City of Portland’s Bureau of Environment Services and Board Chair of the Urban Flood Safety & Water Quality District, a new special district created by the Oregon State Legislature to take over operations of the levee system while contributing to the health of the watershed and improving landscape resilience and environmental justice. “Working with the Corps to modernize our local flood safety infrastructure on the Columbia River and Columbia Slough will allow us to focus limited local resources on other improvements that will help save money and support a healthy environment.”

The complete and final “Portland Metro Levee System Integrated Feasibility Report & Environmental Assessment” will be published by the Corps and made available online later this year. An almost final draft of the report is currently available on the Corps’ PMLS webpage.