President Renews Call to Invest in America’s Ports and Infrastructure 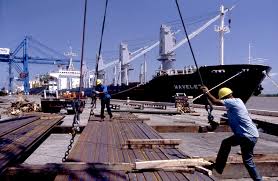 Despite making significant progress under the President’s leadership, there is still much more work to be done across the country to improve our nation’s infrastructure. That’s why the President continues to call for greater investments. Rebuilding our roads, bridges and ports will not only put Americans back to work, but also help to expand trade, keep American businesses competitive and create even more jobs here at home.

The Obama Administration Has Made Significant Investments in America’s Infrastructure – Including the Port of New Orleans and Other Key Ports in the U.S.

The President has also worked to attract more foreign direct investment into the United States. This month, for example, the President hosted the SelectUSA Summit, bringing together leaders from around the world to demonstrate the benefits of investing in American companies and American infrastructure.