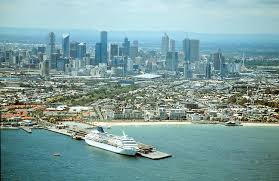 Given that the earliest maps – painted onto the walls of a French cave 18,500 years ago – are believed to depict the heavens rather than the earth, it’s reasonable that the contemporary mapping to be found in a new exhibition at the National Gallery of Victoria is abstract and instinctive.

Still, Melbourne Now, the biggest show ever staged by the NGV, can definitely be read as a map. The exhibition, which opens next weekend, is to be laid out like a city with moments of such labyrinthine density you could be in a CBD laneway. Other areas will exude the sort of unbridled openness of a park or will flow like processional boulevards. Architects have designed a community hall, artists have come up with new flags to fly all over town and designers have laid out gardens.