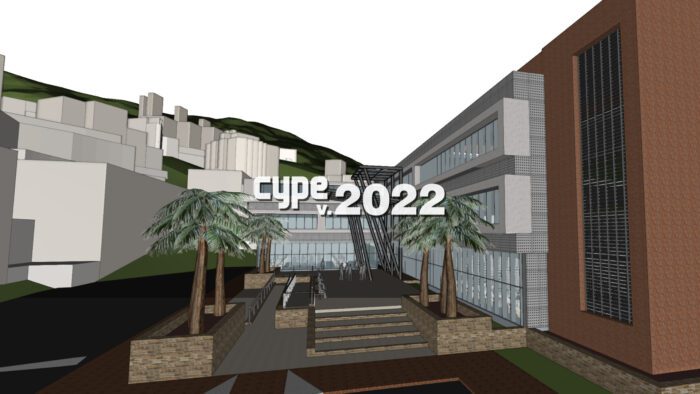 CYPE has launched its new version 2022 in an update with which the company has consolidated its Open BIM workflow thanks to the technical improvement of the BIMserver.center platform and the optimisation of the interconnection between the different applications operating in it through the exchange of IFC files. Additionally, CYPE continues to enhance and expand its 3D architectural modelling solutions and incorporates national and international codes.

The consolidation of the CYPE’s Open BIM workflow via BIMserver.center and the updates that have been added to it in recent months have been possible thanks to the trust placed in it by its users and their ever-increasing professional demands. The BIMserver.center platform is already being used on a daily basis by almost 95,000 professionals from 180 different countries, 18,500 of which have joined in the first six months of this year.

This increase in the number of users and professional projects stored on the platform (it now has more than 242,000 projects and generates an average of 12,000 new ones per month) has been coupled with improvements in the technical features of the platform itself, both in its web version and in its mobile applications.

As for the programs in this version, the new features and improvements made to the architectural solutions for the design and 3D modelling of buildings stand out. Specifically, CYPE Architecture, which was launched in the previous edition, has undergone a major evolution in the past twelve months. Some of the updates added to facilitate work have been the creation of direct links from this program to others, the export of the BIM model’s information to other applications such as Open BIM Memorias CTE, the improvement in the editing of the geometry of the project elements or the graphic improvement in the representation of vegetation, among many others.

The versatility of options offered by this tool when it comes to architectural modelling without geometric restrictions, which allows for models to be prepared for carrying out HVAC analyses, bills of quantities, collision analysis, extraction of plans and graphic documentation, as well as the generation of technical specifications with no need to use third-party software, has helped it become one of the most downloaded programmes which is employed and highly valued by users.

Designing and projecting on real sites and locations

The 2022 version of CYPE is joined by the launch of a new, entirely free programme that will allow professionals to define the initial conditions of a project site. Under the name Open BIM Site, the tool can establish the geographical location of the models, manage different types of maps, enter topographical surfaces and add elements to the site environment, such as plots of land and buildings.

For Carlos Fernández, CYPE’s technical director, the new application will solve one of the major problems and drawbacks that professionals have when it comes to sharing the coordinates of a project. He explains that the tool “allows several native models to be maintained in different programmes, each with their own coordinate system, and [which] can be georeferenced separately, maintaining a federated model of each one”. This way, he continues, “there is no need to reflect this change of coordinates in the different models, nor to overload the models of the different disciplines”.

The ability to have this geographic information in a visual and attractive form also gives technicians greater decision-making capacity and more options when studying site alternatives for client projects. It is worth noting that Open BIM Site is an international application as it allows the specification of the site conditions of a construction project anywhere in the world.

CYPE continues to incorporate codes into CYPECAD and adds to its wide range of regulations the Specification for Structural Steel Buildings ANSI/AISC 360-16 (LRFD), the Mexican Normas Técnicas Complementarias (NTC- 2020) for Diseño por Sismo de Ciudad de México and the 2020 update of Guatemalan NSE-18 regarding wind and seismic actions on structures. In the area of energy efficiency within the new version, the updated version of the Spanish RITE code for thermal installations in buildings has also been implemented and updated in CYPECAD MEP and Open BIM Memorias CTE.

CYPE is a Spanish technology company with more than 35 years of experience in the development of software for architecture, engineering and construction, which has allowed it to create a global solution to digitalise the construction industry. CYPE applications cover the design phases (conceptualisation, planning, architectural, structural and MEP design and coordination analysis), execution (plans, manufacturing, procurement) and operations (asset management and maintenance, waste). Currently, CYPE occupies a leading position and is considered as one of the companies in the world that has most invested in and committed itself to BIM technology, with its solutions used in 180 countries on five continents.