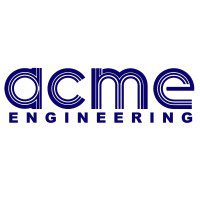 Industrial plants that rely on process cooling water drawn from natural sources such as rivers, lakes, and oceans face “strainer danger” when both small particles (sand, silt, suspended solids) and larger debris (aquatic life, trash, vegetation) must be removed at the risk of fouled processes and production downtime.  In once-through process cooling systems, the water circulates through pipes, absorbing system heat, and then is returned to its original source.

The problem is that most available strainers do not filter out debris at both ends of the size spectrum from very fine to quite large.  While multiple strainers can be used in sequence to filter out a range of debris sizes, this requires extra capital, equipment, space, and labor.

“If a facility draws raw water from any natural source for process cooling it must be sufficiently strained, but manual cleaning can become excessive after storms or high tides introduce bigger debris at higher volume that must be removed,” says Keith Williams, PE, President of Lenexa, KS-based Associated Equipment Sales, which represents North American manufacturers of heating, cooling, and hydronic equipment.

In response, the industry has developed automatic self-cleaning scrapers that filter out both tiny particles and large debris.  This virtually eliminates manual maintenance as well as equipment clogging and fouling issues downstream, which helps to minimize production downtime.

“For industrial plants using process cooling water from natural sources, I often recommend utilizing an automatic scraper strainer from Acme Engineering that is designed to remove particles down to the micron level while still allowing you to pass surprisingly large debris.  I’ve found that this is usually not possible with traditional equipment,” says Williams.

The automatic scraper strainer from Acme Engineering, a North American manufacturer of industrial self-cleaning strainers, is a motorized unit designed to continually remove both very large and very small, suspended solids from cooling water. Cleaning is accomplished by a spring-loaded blade and brush system, managed by a fully automatic control system.

Four scraper brushes rotate at 8 RPM, resulting in a cleaning rate of 32 strokes per minute.  The scraper brushes get into wedge-wire slots and dislodge resistant particulates and solids.  This approach enables the scraper strainers to resist clogging and fouling when faced with large solids and high solids concentration.  It ensures a complete cleaning and is very effective against organic matter “biofouling.”

Blowdown occurs only at the end of the intermittent scraping cycle when a valve is opened for a few seconds to remove solids from the collector area.  Liquid loss is well below 1% of total flow.

According to Williams, the scraper basket also allows the strainer to bypass extremely large particles and debris automatically.  “In my experience, very few manufacturers can pass such large particles while removing such fine particles,” says Williams.

“Unlike a manual strainer, you do not have to open and clean it.  No one has to manually blow down solids.  Since it is automatic, it is essentially a set and forget type of system that lets you walk away and focus on other aspects of your facility,” he adds.

According to Williams, while the automatic strainer is primarily used to remove particles and debris from natural water sources for cooling water, it can also be used to strain various liquid products that must be filtered for a wide range of residues and detritus.

“When a facility has both small particles and large debris in its cooling water or process stream, using an automatic strainer minimizes the required maintenance to keep it operational and helps to maximize production uptime.  The larger the facility, the greater the benefit,” concludes Williams.