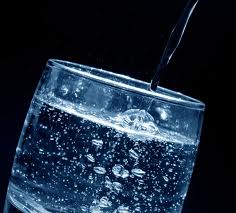 The results of a study in Europe, the USA and Asia by Bluewater have revealed that almost fifty-five percent (54.7%) of householders are concerned about the quality of their tap drinking water.

One thousand people in ten countries from Sweden in northernmost Europe to Russia, the United States, China, Indonesia and Japan took part in the study, with 36.5 percent revealing they avoid drinking water directly from the tap.

Some 44.5 percent of those questioned said their water was contaminated, tasted or smelt bad or appeared clouded with particles. Nine percent of Swedes, 10 percent of Russians, 13 percent of Indonesians and 16 percent of Chinese actually described their tap water as being frequently undrinkable.

Bluewater  managing director Niclas Wullt noted many householders said they were in the dark about the quality of the water they were drinking from their taps.

“Some 61.9 percent overall said they had never received any information about the quality of their tap water, although 79.5 percent relied on municipal water supplies,”  Wullt said. “We were particularly surprised to discover that even in highly developed Sweden, some 84 percent of respondents were being left clueless about their household water.”

The study showed that 43.2 percent of all respondents felt obliged to boil or filter their water before drinking it. Even in wealthy countries such as Japan (40%), USA (40%), UK (31%) and Germany (29%), householders said concerns about tap water led householders to drink bottled water or boil, filter or distill tap water.

Wullt explained the survey clearly indicated that informing householders about the safety and the purity of their drinking water should be a national priority of countries globally, in both the developed and developing worlds.

Altogether, 66.1 percent of those questioned said they were deeply worried to learn that the world health organization has warned only about one-third of the world’s potential fresh water can be used for human needs  ‘due to increased pollution from municipal and industrial waste and the leeching of fertilizers and pesticides in agriculture’.
Sold in major markets around the world, Bluewater SuperiorOsmosis  patented technology delivers on-demand cleaner, healthier water direct from the tap. Innovated and manufactured in Sweden, Bluewater water purifiers improve user quality of life, health and wellbeing by removing practically all known contamination from drinking water, including micro-organisms, pesticides, heavy metals and toxins. Bluewater™ is the registered trademark of Blueblue AB, a company registered Sweden.  www.bluewater.se