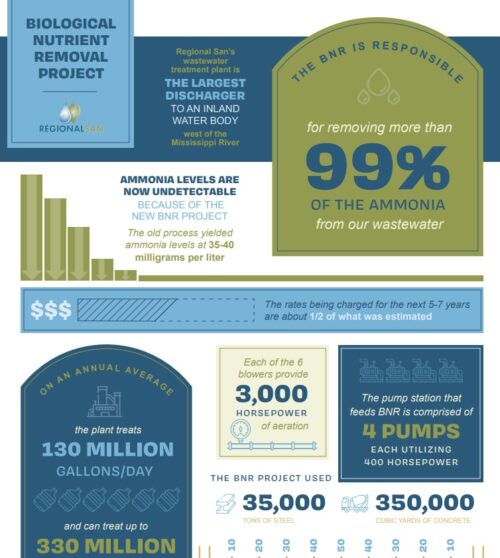 “At Regional San, we take seriously our mission to protect public health and the environment,” said Prabhakar Somavarapu, General Manager at Regional San. “This project benefits the ecosystem and millions of Californians who rely on the Sacramento River as a water source—a clear demonstration of our ongoing commitment to environmental stewardship.”

Patrick Pulupa, Executive Officer of the Central Valley Regional Water Quality Control Board, said the EchoWater Project stems from a state mandate at the end of 2010 that set stringent new treatment standards for Regional San—among the toughest standards of any facility nationwide.

“The 2010 water quality permit required Regional San to upgrade their treatment process to very cutting-edge standards. Their engineers met with regulators and came up with the EchoWater Project, which does an incredible job of protecting environmental resources and downstream drinking water,” said Pulupa.

The EchoWater Project is on schedule to be complete by 2023. Customer rates to pay for the EchoWater Project are about half of what was originally projected. Regional San secured low-interest financing from the state’s Clean Water State Revolving Fund and implemented many other cost-saving measures.

About Regional San
Regional San owns and operates the regional wastewater conveyance system and the Sacramento Regional Wastewater Treatment Plant, which is located near Elk Grove, California. We provide wastewater conveyance, treatment and disposal service to about 1.6 million people throughout the Sacramento region, and our treatment plant is the largest discharger to an inland water body west of the Mississippi River. Learn more at regionalsan.com