Campaigning for Low-Noise Tires in Europe 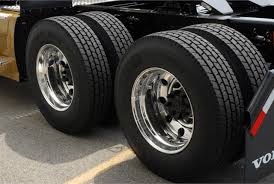 Matt Ball on November 6, 2013 - in Analysis, Projects, Transportation
A Swiss communication campaign promoting the use of better tyres has won the European Soundscape Award 2013. The prize, presented by the European Environment Agency (EEA) and the Dutch Noise Abatement Society at the Gouden Decibel Award Ceremony in the Netherlands Tuesday evening, recognises initiatives that can help cut noise and create more attractive acoustic environments.

Noise can increase stress levels or disturb sleep, affecting human health. Prolonged exposure can even trigger serious illnesses such as hypertension and heart disease. At least 110 million Europeans are exposed to damaging levels of noise just from road traffic, according to a recent EEA estimate based on data from its member countries. Considering this widespread impact, the EEA aims to raise awareness on the importance of healthy soundscapes with the European Soundscape Award which this year is presented at the Gouden Decibel Award Ceremony.

The award recognises initiatives that can help reduce noise and create more tranquil environments. In 2013, 11 entries were submitted covering a wide range of initiatives in the field of noise control or soundscape management. More information on each project is available in this map.

The winner of the European Soundscape Award 2013

A Swiss consortium of public and private partners led by The Federal Office for the Environment (FOEN) won the European Soundscape Award 2013 for their communication campaign. The idea behind the campaign was to help reduce road traffic noise promoting the use of low-noise tyres.

The campaign focused on the frequently-overlooked option of choosing quieter tyres. Low-noise tyres are already on the market, are not more expensive than regular tyres and do not show obvious trade-offs in other areas such as durability.

A database of tyres was developed to enable car owners to compare the rolling noise of different products. Other parameters are also important – for example rolling resistance influences fuel consumption and wet grip has an effect on safety. So the focus of the campaign was expanded to promote “better tyres” that were both quiet, fuel saving and safe.

Alongside the database, the campaign used a range of promotional measures including a campaign website, TV advertising, online-ads, billboard advertising, posters and flyers for car repair shops, a Twitter campaign and a lottery giving away prizes of quality tyres.

The campaign was communicated in German, French and Italian. A telephone survey showed that there was widespread awareness of the campaign.

The project ‘Cultivating Urban Sound’, presenting the importance of sound for quality of life in urban areas, won the runner-up prize.

The project has two parts. The first part is a master thesis ’Cultivating Urban Sound – Unknown Potentials for Urbanism’ by Trond Maag from Oslo School of Architecture and Design, exploring opportunities for planning and designing urban sound. It concludes that private and public players should be made aware of their responsibility for the acoustic environment, in order for European city soundscapes to become more attractive. To this end, it recommends fostering a ‘sound culture’ within municipalities to encourage planners, architects and other stakeholders to think about sound using a multidisciplinary approach.

In the second part of the project, Maag continues his work researching the acoustic features of typical urban and suburban areas in Switzerland. He has subsequently produced a guide for designers and planners which can be used to improve urban soundscapes.

The second part of this project also involved FOEN, alongside the Building Department of the Canton of Zurich.

The Environmental Noise Directive (2002/49/EC) is one of the main instruments to identify noise pollution levels and to trigger the necessary action both at Member State and at EU level. The EEA supports noise reduction across Europe by compiling noise data from EEA member countries and making them available through the Noise Observation and Information Service for Europe (NOISE) database. The data can be viewed in a user-friendly interactive map or can be downloaded in a variety of formats.

The EEA has also published a Good Practice Guide on noise exposure and potential health effects which can help national, regional and local authorities to prepare action plans. In 2014, the EEA will publish its first European noise assessment.