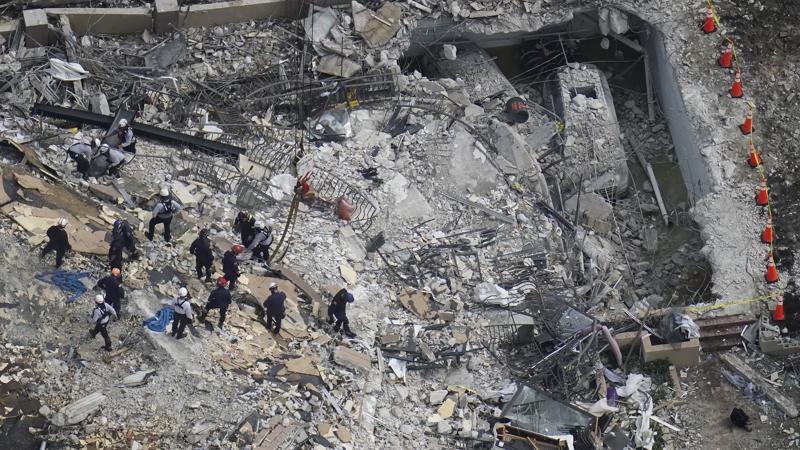 ST. PETERSBURG, Fla. (AP) — The ground-floor pool deck of the oceanfront condominium building that collapsed near Miami was resting on a concrete slab that had “major structural damage” and needed to be extensively repaired, according to a 2018 engineering report that also uncovered “abundant cracking and spalling” of concrete columns, beams and walls in the parking garage.

The report was among a series of documents released by the city of Surfside as rescuers continued to dig Saturday through rubble in an effort to find any of the 156 people who remain unaccounted for after the collapse. At least five people were killed.

While the engineering report from the firm of Morabito Consultants did not warn of imminent danger from the damage — and it is unclear if any of the damage observed was responsible for the collapse — it did note the need for extensive and costly repairs to fix the systemic issues with Champlain Towers South.