/ Financial / Eco Wave Power Global AB (publ) has filed a prospectus and will launch the roadshow in the U.S. for the initial public offering of American Depositary Shares on Nasdaq in the United States

Eco Wave Power Global AB (publ) has filed a prospectus and will launch the roadshow in the U.S. for the initial public offering of American Depositary Shares on Nasdaq in the United States 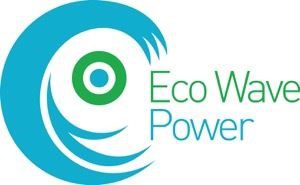 Stockholm – Eco Wave Power Global AB (publ) (“EWPG”) announces that it has today filed a preliminary prospectus with the U.S. Securities and Exchange Commission (the “SEC”) and will commence an investor roadshow for an initial public offering of American Depositary Shares (“ADSs”) with a target size of approximately US$9,000,000 (equivalent to approximately 77.67 SEK Million based on the June 21, 2021 exchange ratio of USD 1 = SEK 8.63) in gross proceeds (the “Offering”). In addition, EWPG has granted A.G.P./Alliance Global Partners (“A.G.P.”), sole book-running manager, an option to purchase up to 15% additional ADSs to cover over-allotments, if any.

Eco Wave Power Global AB (publ) will announce the outcome of the Offering after pricing in a subsequent press release, however, any further details regarding the Offering remain subject to market conditions and investor demand and the Offering may not be consummated. The filing of the prospectus in the United States with the SEC has no implications for Eco Wave Power Global’s listing on Nasdaq First North in Sweden.

Eco Wave Power Global (“EWPG”) is a leading onshore wave energy technology company that developed a patented, smart and cost-efficient technology for turning ocean and sea waves into green electricity. EWPG’s mission is to assist in the fight against climate change by enabling commercial power production from ocean and sea waves.

EWPG is recognized as a “Pioneering Technology” by the Israeli Ministry of Energy and was labelled as an “Efficient Solution” by the Solar Impulse Foundation. EWPG’s project in Gibraltar has received funding from the European Union Regional Development Fund and the European Commission’s Horizon 2020 framework program. The company has also received the “Climate Action Award” from the United Nations.

Information on, or accessible through, the website mentioned above does not form part of this press release.

This press release is not a prospectus for the purposes of Regulation (EU) 2017/1129 of the European Parliament and of the Council of 14 June 2017 (the “Prospectus Regulation”) and has not been approved by any regulatory authority in any jurisdiction. EWPG has not authorized any offer to the public of shares or rights in any member state of the EEA and no prospectus has been or will be prepared in connection therewith. In any EEA member state, this communication is only addressed to and is only directed at qualified investors in that member state within the meaning of the Prospectus Regulation.