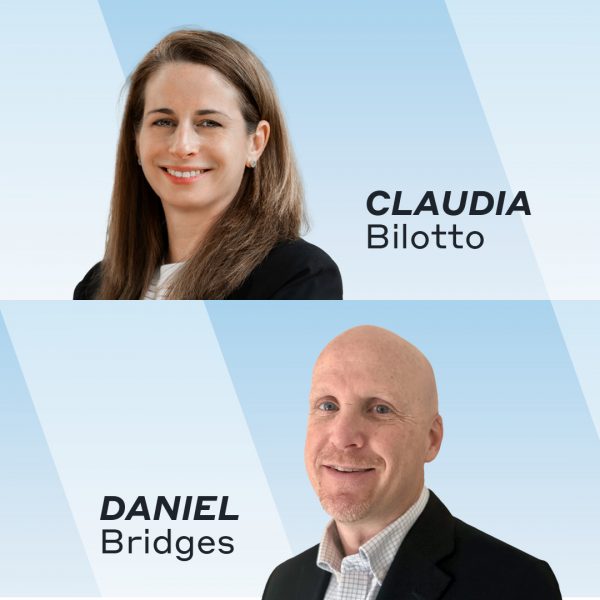 “Both Claudia and Daniel have demonstrated experience building high-performing teams that bring our best talents to bear to serve our clients and to improve our communities,” said Stephen Dale, WSP Southeast Regional president. “I look forward to working with Claudia and Daniel and continuing their achievements and successes with WSP clients in the region.”

Bilotto joined WSP in 2014 as an assistant vice president and planning and environment manager for the Atlanta office. She has led Georgia’s Transportation business since 2017.

In her new role with the firm, Bilotto will be responsible for strategic business development, client service delivery and financial performance for the region. She will build on the Southern States’ current successes with a focus on developing the firm’s expertise, relationships and technical capabilities to benefit new and existing clients with their projects.

Bilotto received a bachelor’s degree in telecommunications from Penn State University and a master’s degree in city planning from the Georgia Institute of Technology. She is registered with the American Institute of Certified Planners.

During his 27 years as a project manager with WSP, Bridges has successfully led major transportation projects across the region and helped to build a competitive advantage for the southeast in design-build expertise. He moves into his new role from the Major Projects group, where he was focused on management of alternative delivery projects.

In his new leadership role, Bridges will provide leadership to grow the transportation business line, a clear definition of roles within the organization and support development of new tools and processes to continue delivering outstanding projects and services for WSP clients. His responsibilities also include oversight of the firm’s Technical Excellence Centers (TECs) and local business leads.

Throughout his career, Bridges has been responsible for finding contractor and consultant teaming partners for WSP design-build projects in the Carolinas. He recently served as project manager for the Triangle Expressway Southeast Extension (NC Route 540) in Raleigh and as the Southeast Civil TEC lead.

Bridges earned his bachelor’s degree and master’s degree in civil engineering from North Carolina State University. He is licensed as a design-build professional by the Design-Build Institute of America.

WSP USA is the U.S. operating company of WSP, one of the world’s leading engineering and professional services firms. Dedicated to serving local communities, we are engineers, planners, technical experts, strategic advisors and construction management professionals. WSP USA designs lasting solutions in the buildings, transportation, energy, water and environment markets. With more than 12,000 employees in more than 200 offices across the U.S., we partner with our clients to help communities prosper. wsp.com