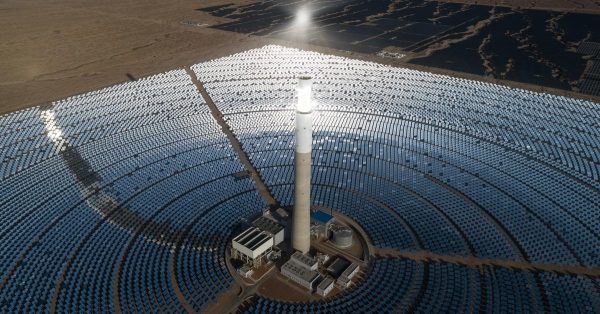 Abu Dhabi, United Arab Emirates, June 7, 2021 – The International Renewable Energy Agency (IRENA), and the National Energy Administration of the People’s Republic of China (NEA) have today agreed to work to strengthen cooperation as the world’s largest renewable energy market builds momentum towards the achievement of its carbon neutrality goals. China has pledged to peak its CO2 emissions before 2030 and committed to the achievement of carbon neutrality before 2060.

Under the agreement, IRENA will prepare a comprehensive energy transition roadmap identifying key policy actions, technology solutions and industrial development programmes to enable the realisation of medium- and long-term national renewable energy goals and decarbonisation aims. Joint work will also include the identification of optimal sub-national pathways to carbon neutrality. China has committed to raising its non-fossil fuel share of primary energy to 25 per cent by 2030 and increasing the total installed capacity of solar and wind to 1200 GW by that time.

The agreement was signed by Francesco La Camera, Director-General of IRENA and Mr.  Zhang Jianhua, Administrator of the NEA.

“China is a fundamental actor in the achievement of a rapid energy transition that aligns global development with a climate-safe, inclusive and just future,” said Francesco La Camera, Director-General of IRENA. “IRENA will strongly support China’s efforts to achieve its decarbonisation goals at home, while leveraging our unique global platform to bring the benefits of Chinese knowledge and experience to countries pursing their own transitions around the world.

Speaking at the official signing event, NEA Administrator Mr. Zhang Jianhua said: “Signing this MoU between NEA and IRENA is an important milestone, which will further solidify and strengthen energy transition cooperation between the two parties. We aim to maximise complementarities and share experience, talent and innovation solutions to deliver concreate outcomes to both sides while contributing to the global energy transition.”

According to data from IRENA, China installed a record 136 GW of new renewable energy capacity last year (2020) – more than half of global additions in 2020 – with the bulk coming from 72 GW of wind and 49 GW of solar. In total, China accounts for close to a third of globally installed renewables capacity today.

Further areas of cooperation include the co-development of reports relevant within multilateral settings such as G20 and ASEAN, and analysis of technological solutions around the integration of high shares of variable renewables including smart grids, energy storage solutions and technology standards. The two parties will also work closely on the production and use of renewable fuels including biofuels, hydrogen, and e-fuels.

IRENA and the NEA will jointly support the exchange of best practices and experiences towards green and sustainable energy development in key countries and regions within the IRENA membership, and will cooperate to host events, conduct workshops and trainings.

IRENA is the lead intergovernmental agency for the global energy transformation that supports countries in their transition to a sustainable energy future and serves as the principal platform for international co-operation, a centre of excellence, and a repository of policy, technology, resource and financial knowledge on renewable energy. With 164 Members (163 States and the European Union) and 20 additional countries in the accession process and actively engaged, IRENA promotes the widespread adoption and sustainable use of all forms of renewable energy in the pursuit of sustainable development, energy access, energy security and low-carbon economic growth and prosperity.