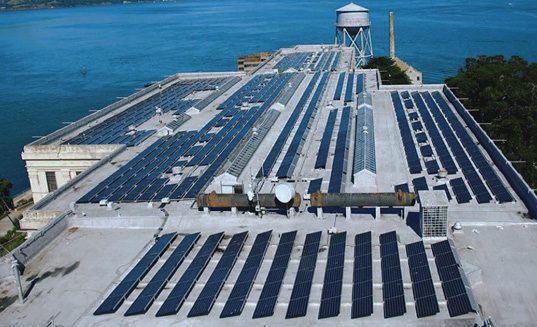 Collectively, humans are using Earth’s natural resources at a greater rate than it takes for nature to replenish them. This contention has been widely observed and confirmed by leading environmental scientists and authorities.

With exponential population growth (a world population of 7.8 billion as of April 2020), pressures on water resources are dramatically increasing. Water use has been rising globally twice as fast as the total population increase in the last century (1 percent per year), while many regions already are at their limit of sustainable water delivery.

Although a renewable source, with the current rate of water consumption, water soon will become non-renewable. Combined with climate change, the threat of water scarcity and pollution is becoming greater with each passing day.

Access to safe drinking water and sanitation is a basic human right that’s being infringed upon on a daily basis. Approximately 748 million people currently are without basic water, while 2 billion don’t have access to proper sanitation.

As to fresh water, it’s a necessity, not a luxury. Even developed countries such as the United States and Australia are dealing with droughts and wildfires due to a lack of water.

This situation will only improve if other, more-sustainable ways of acquiring fresh water are introduced. It’s estimated that by 2050, 6 billion people will be affected by clean-water scarcity.

In short, desalination makes saltwater (seawater) drinkable by removing the salt and other minerals. Desalination has been used by humankind for thousands of years. Solar stills were used by Greeks, Persians and other peoples to process contaminated water to potable form.

Already in use for some time on ships and submarines, only recently has it been considered a method of providing fresh water for human everyday use. This is because desalination is more costly than other means of procuring water from rivers or groundwater, and even more than water recycling and conservation because it consumes a lot of energy.

However, water scarcity has reached such alarming levels that these alternatives alone no longer are viable. This is why focus was directed on developing new technologies that will be more cost-effective in the long term.

The result? A huge decline in the cost of desalination, making it a viable and economic solution to increased supply of fresh, clean water.

Although only 1 percent of the world’s population living in coastal areas depends on desalination, more than 150 countries have introduced the technology. However, the Middle East and North Africa (MENA) region is where 48 percent of global water desalination projects are taking place, and consumption of fresh water in some MENA countries almost completely relies on this process.

Due to a minimal amount of rainfall per year (110 millimeters), Kuwait is devoid of fresh water and relies almost completely (90 percent) on desalination. It was the first country to commission a desalination plant back in 1951. Now there are six plants run by the government.

Half of Saudi Arabia’s potable water is supplied by desalination, with 32 plants currently in operation producing billions of liters of fresh water per day. Together with the UAE, it leads the development of desalination.

As previously mentioned, the main obstacle to introducing desalination on a larger scale was cost. Desalination, usually driven by fossil fuels, is typically considered a high energy-consuming process. This is why a lot has been invested in advancing technologies to reduce the costs and carbon footprint. Now, seawater desalination consumes as low as 3 kWh/m3, depending on the method used.

To avoid high costs and possible negative environmental effects, interest in using renewable energies, especially solar, has increased. In the last decade, several solar-powered desalination plants have been installed, with the construction of many more around the world being announced.

Solar Energy in the Desalination Process

With the inevitable decline in costs of renewable technologies and the rising prices of fossil fuels, desalination powered by renewable energies has become economically and environmentally more attractive, although at the moment still more expensive.

1. Using direct heat from the sun.

Indirect solar desalination is a much larger-scale operation, consisting of a solar collection array and a separate desalination plant. There are many different plant arrangements available: 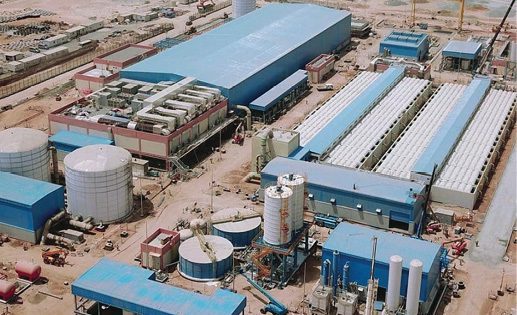 Only 1 percent of the world’s population living in coastal areas depends on desalination plants (pictured) for fresh water, but that number is growing rapidly.

Microgrids are autonomous local energy-generation units that operate while connected to the national network but can operate on their own in times of crisis (power outages). They can be powered by the following:

Besides being environmentally friendly and a sustainable, resilient way to produce energy, microgrids also can be used to cut costs. They come in various designs and sizes, and can power single facilities as well as larger areas. A well-designed microgrid, coupled with an efficient continuous water-flow design, reduces the amount of energy needed for the desalination process, making it feasible and viable.

The ability to autonomously generate power has made microgrids an attractive option, especially for large facilities that consume huge quantities of energy such as desalination plants.

The Future Is in Renewables

For thousands of years, people have produced potable water from seawater through desalination. With an alarming and growing scarcity of fresh water, countries around the world are turning to this process as a solution.

A well-designed solar-panel microgrid reduces the amount of energy needed for the desalination process, making it feasible and viable.

But desalination consumes huge quantities of energy. Unfortunately, energy is becoming more expensive as the levels of fossil fuels are rapidly decreasing, making desalination too costly.

Once costly themselves, renewable energies have gained much attention recently with technological advancements that make them more efficient and less expensive. Although wind still is the cheapest, solar energy is seeing an exponential decrease in cost. Sustainable practices already have been effectively implemented in water-systems drainage, conveyance and distribution.

This is why more countries, especially in the Gulf, are turning to solar-powered desalination plants as one of the major sources of fresh water. Combined with microgrids, they provide the most-efficient, sustainable, cost-effective and environmentally friendly method to face one of the most catastrophic global risks: lack of fresh water.

Ankit Sehgal is the president and head of design at Swiftdrain Inc., a global drainage and infrastructure products manufacturing company; email: as@swiftdrain.com.