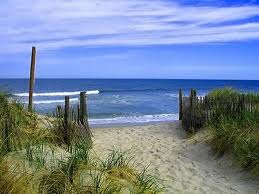 How vulnerable is New Jersey to flooding caused by rising sea levels and climate change? Very vulnerable, according to a new tool developed by Climate Central, a Princeton-based nonprofit that researches the effects of climate change.

A year after Sandy hit the coast of New Jersey and New York, its analysis shows projected sea-level rise and coastal flooding would impact critical infrastructure and vulnerable populations in both states – but in very different ways.

The study bears important implications for New Jersey, where state environmental officials have issued waivers allowing roads and other infrastructure destroyed in Hurricane Sandy to be rebuilt in the same location without requiring any new permits. That approach has been much-criticized by environmental groups.

Across both states, properties valued at $356 billion are located on land less than 9 feet above the high tide line—a mark registered in New York City during the super storm that hit the region a year ago tomorrow. At Sandy Hook in New Jersey, the hurricane destroyed the storm gauges when waters rose above 8 feet, according to the group.

In New Jersey, here’s what the analysis, using data assets already compiled by other institutions, including the National Oceanic and Atmospheric Administration (NOAA) showed:

The new tool, to be launched tomorrow at a conference with NJ Future, comes at a time when there is increasing criticism of the Christie administration for failing to factor the effects of sea-level rise and climate change into many of its decisions pertaining to rebuilding and recovery at the Jersey Shore.

Those decisions have hamstrung some Shore residents and business owners who have been left in a quandary over how to rebuild their structures, especially given that the federal maps adopted by the state do not account for climate change or rising sea levels.

“We wanted to know how much infrastructure and how many people — especially those with the fewest resources to cope — live in coastal flood danger zones, knowing that they would be at most risk if predictions for sea level rise come true,’’ said Benjamin Strauss, vice president of Climate Impacts and director of the program on rising sea levels.

In its analysis, Climate Central projected a variety of effects on structures, depending on where buildings are within the range of 1 foot to 10 feet above the high-tide line.

“We hope it will inform decision makers, but we don’t make any policy decisions,’’ added Dan Rizza, manager of the sea-level rise program.

Not surprisingly, coastal areas are most at-risk. For those living in areas at 5 feet above high tide level, 32 percent of the population of Cape May County was at risk, 21 percent of people in Salem County and 20 percent of the people living in those areas in Atlantic County, according to the analysis.

In Cape May, for example, 51 percent of homes and 29 percent of police stations located at 5 feet above high-tide level could be submerged in another extreme, the analysis showed.

“The chance of a Sandy-topping flood this century ranges from about 1 in 10 — all the way to 3 in 4 — depending on the rate of global warming and sea-level rise,’’ according to Strauss.

The New York City Panel on Climate Change has projected 1-2 feet of sea-level rise as most likely by 2050 in the area.