/ Articles / Future Forward: Lobbying for the Future of Engineering

Future Forward: Lobbying for the Future of Engineering 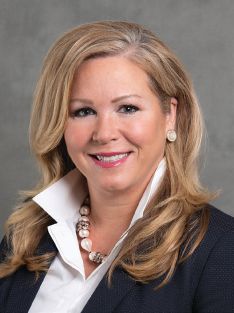 Linda Bauer Darr is president and CEO of the American Council of Engineering Companies (ACEC).

The ACEC represents approximately 5,500 firms, associations and organizations in the civil engineering and infrastructure space. It works to market its members as well as lobby local, state and federal government to demonstrate the value and “essentiality” of engineering.

“Lobbying is the government form of marketing,” explains Darr. She believes engineers, by nature, tend to be “joiners,” and most are part of an industry association or professional society. Although professional societies don’t always lobby, that’s the role of ACEC, and it’s affiliated with those societies to work together to have an expanded reach in Congress that’s necessary to move the ball forward and advance the business of engineering.

Early 2021 has been an exciting time in terms of government investment in infrastructure. The American Rescue Plan (ARP) was signed into law on March 11, 2021, and the Biden administration has proposed trillions of dollars of additional spending in the infrastructure-based American Jobs Plan currently being debated in the halls of Congress. Darr believes a lot of good will come from the COVID-19 rescue-based law, and she’s optimistic additional legislation will actually happen as opposed to recent cycles of discussion and proposals without action.

She notes that the ARP included $350 billion to state and local governments to help stabilize agencies in states have been in a bad position with declining revenue, allowing engineering projects to move forward. This, combined with additional money for transit agencies and airports, will relieve pressure financially, and allow the flexibility to restart and invest in capital projects.

“There’s also a $10 billion pot of money for a Corona Virus Capital Projects Fund,” notes Darr. “States can use that to fund projects responding to the public health emergency, and engineers play a really important role during the pandemic.”

As an example, she explains that engineers helped make buildings and hospitals safer.

“We have more work to do going forward, making sure schools and businesses are ready for this ‘return to normal,’ and that they have the proper air systems in place, water-handling systems in place, that they’ve adapted new technologies in terms of the ability to transfer bacteria by touch,” she adds. “All those types of things are under consideration by engineers.”

Although much negotiation remains, and many previous infrastructure proposals have failed to become law through recent decades, Darr is optimistic that times have changed.

She believes the Democrats are motivated to complete infrastructure legislation that Republicans were unable to “get over the goal line” in the previous administration, and she points to “earmarks,” which seem to be back on the table for bargaining purposes, as the “lubrication that greases the wheels of consensus.”

If legislation does indeed become law, Darr and ACEC hope to see robust investment for some of the core federal programs such as surface transportation, aviation, wastewater, drinking water, ports and harbors, broadband deployment and public buildings.

“Those are all critical markets for us,” she says. “And they’re critical needs that have gone unmet for too long as well as areas that are ripe now for innovation with new technology.”

Also on her wish list is a long-term approach toward infrastructure that looks at and finances projects at five-plus years or more.

“We need the design, the planning and the ability to do environmental assessments and all the code work, too, before we get to construction,” she notes. “And that process has been compromised by the possibility that funding could be stripped away from a project on a year-by-year basis. So we really hope they’re going to pick a long-term approach to make sure we have the time to plan and develop the right projects and get rid of those ‘use-or-lose’ deadlines.”

“Five years from now, engineers are going to find that their skills are more needed than ever,” says Darr. “Technology will take us to a whole new place. Investments will be made in new, smart infrastructure that will be paying off.”

When building a new bridge, for example, she explains that technology now can assess how the bridge is holding up and if its lifespan can be increased through embedded sensors and real-time monitoring.

“I think there’s going to be a lot more of an interface through the ‘internet of things’ among the company, the planning agency and the folks that provided the materials to create those structures to begin with,” she adds. “I think engineers are going to play a role in that lifetime maintenance and management of these structures.”

Comments are disabled
NEXT ARTICLE
Digital Twins: Cutting Through the Hype From Concept to Operations
May 12, 2021
PREVIOUS ARTICLE
Code Update: Updates to ACI 301-20: Specifications for Concrete Construction
May 12, 2021