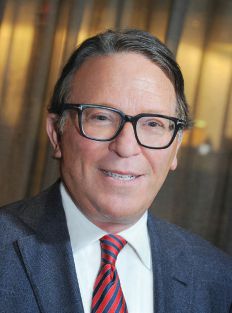 Barry B. LePatner is the author of Too Big to Fall: America’s Failing Infrastructure and the Way Forward. He is founder of the New York City-based law firm LePatner & Associates LLP; and for more than three decades has been prominent as an advisor on business and legal issues affecting the real estate, design and construction industries.

With 40 years of experience in construction and real estate law as well as running a project-management company for his firm’s developer and corporate and commercial clients’ projects, LePatner has been involved in every facet of the design, construction and real estate worlds. In all that time, one thing he hasn’t seen enough of is financial investment in U.S. infrastructure, and he knows this will have disastrous results if not changed immediately.

Too Big to Fall

He recently published, Too Big to Fall: America’s Failing Infrastructure and the Way Forward, to definitively illustrate how perilous our nation’s infrastructure has become. The book starts by highlighting two very different results concerning failing bridges. In New York City, a persistent deputy commissioner fought through government “red tape” and inertia to get a failing bridge rehabilitated. In Minneapolis, although bridge reports noted the I-35 bridge was fracture-critical and in danger of collapse, the city cited limited budgets and chose not to spend $20 million to repair the bridge. The I-35 bridge collapsed in 2007, killing 13, injuring another 165 people and resulting in a $250 million replacement.

“That was the predicate for writing about our failing infrastructure and highlighting the fact that the Federal Highway Administration treated nearly 8,000 bridges that were structurally deficient, but deemed “safe,” when in fact they were fracture-critical, meaning they lacked redundancy and could collapse at a moment’s notice.”

LePatner notes that engineering groups he speaks to understand the critical nature of fracture-critical design, which means they lack redundancy, but they’re constrained because many of them work for state or federal contracting companies, and they can’t stand out and “rock the boat,” because losing those contracts will jeopardize their business.

“What every engineer understands is that when a bridge is structurally deficient, it has already failed from an engineering standpoint,” he says. “All the structural engineers I’ve interviewed over the years and worked with understand that when a bridge fails it means it can no longer handle the intended load. And the primary reason these deficient bridges have become so dangerous is due primarily to a 30- to 40-year lack of maintenance, and that state governments have not had the funds required for this work from the federal government.”

Budget constraints are the main problem. He notes that the highway gas tax, which funds many infrastructure projects, hasn’t been raised since 1993, and due to improved fuel efficiency and the growing number of cars fueled by electric batteries, means even less money has been raised to fund the federal highway tax fund.

“The numbers now needed to bring the standard of our National Bridge Inventory up to acceptable standards totals more than $4 trillion,” he adds.

A New Generation Shall Lead

Having witnessed multiple governmental leaders fail to bring about the needed investment and change in mindset to fix our failing infrastructure, LePatner believes the next generation has a better chance than previous ones of finally bringing needed change. He cites their upbringing and comfort with computers and programming as well as important new advances in key technologies.

“In recent years, technology has made great strides in two critical areas: One, improvements to structural design to enable us to build stronger bridges that meet struc­tural requirements to support loads, but at the same time can be more efficient to build and lighter than previous generations of bridges; and two, we now build in ways intended to maintain the bridges over a lifespan that will be less costly,” explains LePatner.

He notes that nanobots (microchips) can be placed below the surface of roadbeds on bridges and roads that can report back to a central station when unusual wear and tear is happening in that section of the roadbed. This allows limited repairs in an area rather than waiting for the entire roadbed to face substantial degradation, saving substantial maintenance funds through the lifespan of a bridge or road.

“We can learn how to address problems before they become pothole-strewn roads or structurally deficient bridges, and attenuate those problems and remediate them earlier, which means cheaper,” he adds.

He also believes the new generation of engineers and technology advocates won’t settle for being told there’s just not enough money in the budget for needed repairs.

“They understand how to integrate the latest design technology into how they look at bridges, how they model them, how they study them for future remediation and the like,” says LePatner. “As this younger generation comes into the fore, they’re going to see that their forebears were constrained by mostly political and funding reasons, and will no longer go along with those constraints.

“I’m hoping this younger generation is going to speak out as a whole and be better spokespersons for the importance of building smarter and being better stewards of our critical infrastructure than prior generations,” he adds.

Comments are disabled
NEXT ARTICLE
Video: Port of Long Beach – The Green Port Through the Years
May 11, 2021
PREVIOUS ARTICLE
Thoughts From Engineers: All Sensors (and Eyes) on the Water
May 11, 2021