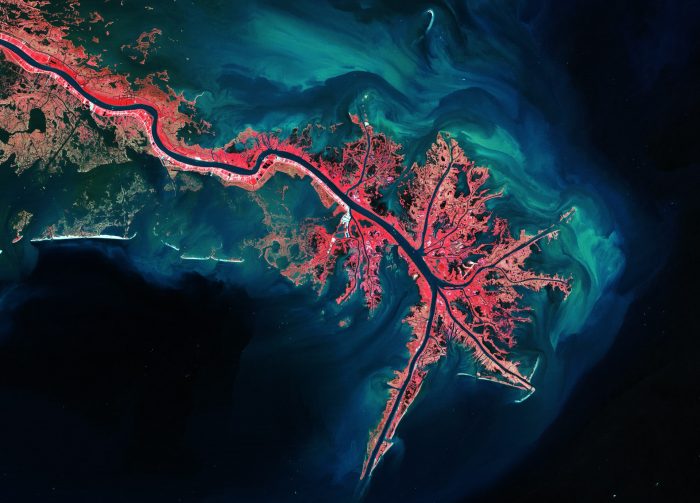 Rennes, Brittany, France  – Sweetch Energy, a European company that pioneers advanced nanotechnology and eco-material science to harness osmotic energy, announced today that it has secured 5.2 million euros to initiate its industrialization phase and develop a first full-scale prototype.  Osmotic energy represents a breakthrough in renewable energy as a non-intermittent and abundant source of clean electricity.

The investment round was supported by a group of deeptech and cleantech investors with a strong track record in backing highly disruptive industrial companies such as Ÿnsect, Meatable or McPhy Energy. It was led by new investor Future Positive Capital, and co-led by existing investors Demeter and Go Capital. Other investors such as Dominique Gaillard, co-founder of Ardian, and Fabio Ferrari, founder of Symbio, one of Europe’s pioneers in the hydrogen industry, also participated. ADEME, the French environmental and energy management agency, provided additional funding as well.

Osmotic energy represents a revolutionary addition to existing renewable energy technologies. Naturally available from the difference in the salt concentration when river fresh water meets sea water, osmotic power provides a non-intermittent and abundant source of clean energy. Unlike wind or solar energies, and similarly to hydropower, it can deliver electricity continuously, and is easily dispatchable to meet the grid baseload power requirements. With an estimated 27,000 terawatt-hours liberated every year in deltas and estuaries around the world – equivalent to today’s global electricity demand – osmotic energy offers an abundant, but so far untapped, clean energy source.

Sweetch Energy’s proprietary system combines recent breakthroughs in nanofluidic sciences with low-cost eco-friendly materials to create next-generation membranes, coupled with specifically engineered electrodes and innovative cell designs. The technology yields unrivalled performances in the field and can harness osmotic energy with a level of cost-efficiency never achieved before, opening the door to large-scale deployment of osmotic energy as a competitive market solution.

Lyderic Bocquet, CNRS researcher, director of the Institut Pierre-Gilles de Gennes (PSL University) and one of world’s foremost authorities on nanofluidics, is the original inventor of nano osmotic diffusion and one of the company’s co-founders. He stated: “Sweetch Energy’s engineering team has managed to convert in a record-time the results of our fundamental research into a complete system ready to be scaled up. This is a clear demonstration of how the alliance of academic research and private entrepreneurship can lead to new solutions to fight climate change.”

Nicolas Heuzé, CEO and co-founder of Sweetch Energy, stated: “After three years of laboratory research successfully validating our technology, this new funding brings Sweetch Energy the resources necessary to initiate our industrialization phase. This includes expanding our engineering team, developing manufacturing capacities and building a first full-scale prototype within the next three years. We are currently exploring partnerships to identify the ideal location to install our prototype. Our ambition is to pioneer a new era for the osmotic energy industry. Our next-generation membrane technology, based on state-of-the-science nanotechnology, will be its key enabler.”

Leading the investment, Alexandre Terrien, co-founder at Future Positive Capital and newly appointed member of the Sweetch Energy Board, said: “Our mission is to back the sharpest and most ambitious minds that use advanced technologies to bring solutions to some of the world’s most pressing challenges. The Sweetch team is truly exceptional in that regard – led by 3 complementary co-founders who previously built and sold companies in complex industries, supported by a founding scientist who is globally-recognized for his work. This company has the potential to finally make osmotic energy a reality.”

Olivier Bordelanne, Partner at Demeter added: “We are pleased to continue our support for Sweetch Energy and welcome new investors to our side to help the company industrialize and commercialize its technology, which is one of the most disruptive and most promising we have recently financed in the clean energy sector.”

Created in 2015, Sweetch Energy focuses on developing proprietary technology to harvest osmotic energy – an abundant and untapped source of renewable energy that is non intermittent and predictable. The company’s technology combines the most recent breakthroughs in nanotechnologies and materials and paves the way to large-scale deployment of osmotic energy as a competitive market solution. With its industrial and academic partners – including the Paris-based Pierre Gilles de Gennes Microfluidics Institute at PSL University – Sweetch Energy is building a multidisciplinary, results-driven team to deliver the potential of osmotic energy to power the world and combat climate change.

Since 2017 Sweetch Energy has secured the support of multiple European and French institutions: it participated to the Nanophlow consortium funded by H2020 within the FET-Open program, won Concours Mondial Innovation, I-Nov and I-Lab contests and received financial support from BPI, Ademe, Région Bretagne and Rennes Métropole.

Future Positive Capital invests in companies that use advances in artificial intelligence, synthetic biology, genetics and other deep technologies to solve the world’s most pressing challenges such as sustainably feeding the world’s growing population or combating climate change. Past investments include Meatable (next generation of lab-grown meat), Cervest (Earth Science AI to empower businesses, governments and land managers to adapt to climatic and extreme events), Dendra Systems (scalable restoration of natural ecosystems using AI, automation and plant science) or Cowboy (smart electric bicycles).

Demeter is a major European private equity player for the energy and ecological transition. Its funds invest between €1 and €30 million to support companies in these sectors at all stages of their development: innovative start-ups, fast-growing SMEs and midcaps and infrastructure projects. The Demeter team has 37 people based in Paris, Lyon, Bordeaux, Grenoble, Metz, Madrid, and Düsseldorf, manages 1 billion euros and has made 170 investments since 2005. The EMERTEC 5 fund, endowed with 50 million euros was raised with the support of the National Seed Fund (NSF) managed by Bpifrance Investment in the framework of the Program Investment of Future and with the support of the European Investment fund (EIF) through the framework Program of the European Union for the Competitiveness and the Innovation (CIP).

GO Capital is a French venture capital firm that invests primarily in high- tech innovative companies, in the fields of Digital Economy, Life Sciences, and Energy. GO CAPITAL has 200M€ Asset Under Management and has made over 100 investments since 2003.  The « GO Capital Amorçage 2 » fund is endowed with 75 M€ and invests mainly in deeptech early-stage companies.