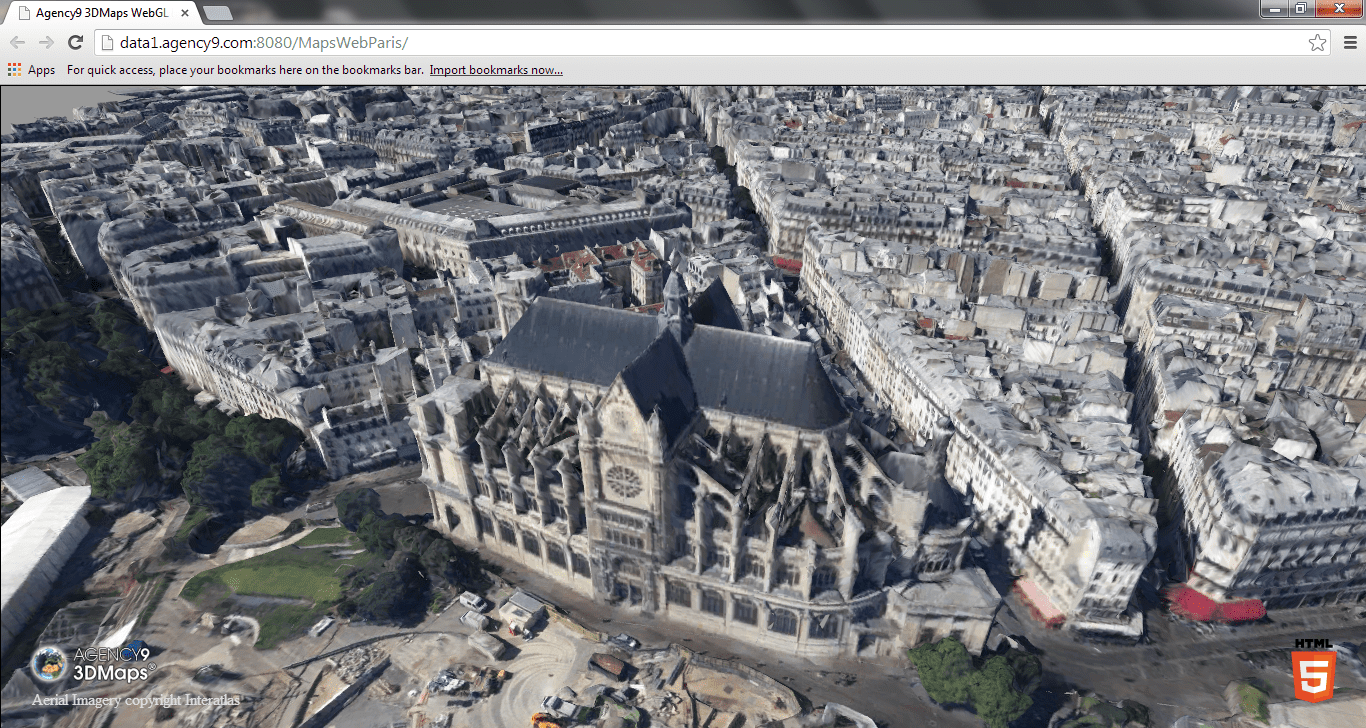 Agency9, the leading provider of web based 3D visualisation solutions, today announces WebGL support for the 3DMaps platform. Agency9 3DMaps is a high performance 3D visualisation and GIS platform for online applications. It is currently in use by major organisations internationally. WebGL is a promising technology for plugin free 3D rendering capabilities in web browsers and will potentially support easier portability between browsers and platforms. Extending Agency9 3DMaps with WebGL support will further boost development of 3D online applications and widen its reach to end users.

Agency9 3DMaps WebGL is a powerful rendering engine based on the leading 3DMaps platform which has a streamlined data preparation process for common formats and an efficient operational structure proven in large deployments. The 3DMaps platform deliver unparalleled performance in streaming large 3D city and terrain models on the Internet and a stunning near-reality experience for users. Customer with preference for WebGL as a platform will now have opportunity to deploy 3D GIS and visualisation solutions based on the leading technology and proven platform from Agency9.

Agency9 3DMaps WebGL will be provided on Agency9 Developer Portal for developers and partners. Agency9 is committed to its developer community with respect to investments made in 3DMaps based development.  Agency9 will therefore maintain a coherent programming interface to support application portability between technology platforms. Customer and partners can develop application based on different technology options depending on requirements and when desired port easily to another platforms.

“Agency9 3DMaps is a unique platform powering several leading online portals for 3D GIS and visualisation in city planning. With the announcement of 3DMaps WebGL, Agency9 extends opportunities to address a new developing market. The strength of Agency9’s platform is its high performance streaming and 3D rendering implemented in true web based solution. We are thrilled to release this solution to the developer community and invite to partnership in projects.” says Tomas Karlsson CTO and founder of Agency9.

Agency9 is a leading provider of software for web-based 3D visualization of geographic information and maps for collaboration and communication in the infrastructure, construction and public sector. Agency9’s product portfolio includes 3DMaps, CityPlanner http://cityplanneronline.com and other web based 3D geospatial solutions. The company was established 2003 and is an established leader in the international web 3D market. www.agency9.com