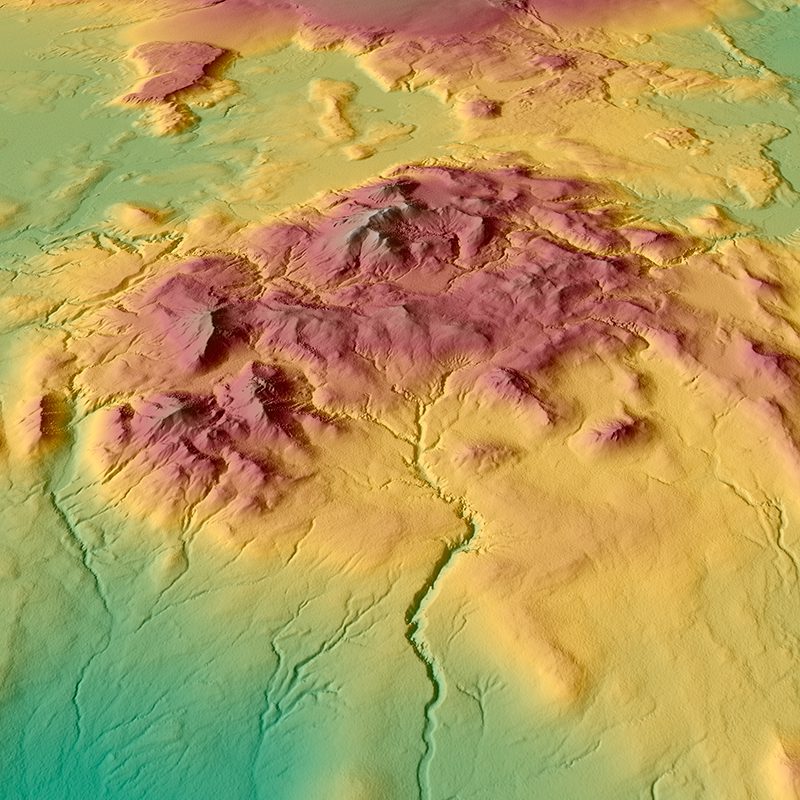 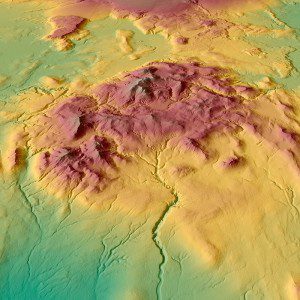 Image of Iceland from the WorldDEM global elevation dataset.

The sample data also facilitates testing of the Digital Elevation Models (DEMs) in the users’ data management environments. After evaluating the data, users can provide feedback to Astrium Services, helping to enhance the WorldDEM™ offering and its services.

“This is an opportunity for potential customers to test the WorldDEM™ data and experience firsthand the remarkable level of accuracy of the WorldDEM™, that will surpass that of any satellite-based global elevation model available today,” said Vark Helfritz, Director of GEO-Information Corporate Development at Astrium Services.

WorldDEM™ is based on data acquired by the German high-resolution radar satellites TerraSAR-X and TanDEM-X and will be available starting in 2014. The two satellites acquire up to four coverages of the Earth’s surface. The combined processing of these various data takes will ensure the global consistency and quality of the final WorldDEM™ product.

The first and second coverages of the Earth’s land surface for WorldDEM™ have been completed, with the second coverage achieved in mid-2013. TerraSAR-X and TanDEM-X are now acquiring additional data takes of challenging terrain such as high-altitude mountain ranges. For this final stretch of the acquisition campaign, the formation of TerraSAR-X and TanDEM-X was revised. At the start of the mission TanDEM-X circled around TerraSAR-X in an anti-clockwise direction, following the satellite swap it is now clockwise. This change of formation was necessary to view complex mountainous terrain from a different viewing angle, eliminating missing information due to radar effects.

The TerraSAR-X and TanDEM-X missions are implemented as a Public Private Partnership between the German Aerospace Center DLR and Astrium. Astrium Services holds the exclusive commercial marketing rights for the data and is responsible for the adaptation of the elevation model to the needs of commercial users worldwide.

Astrium is the number one company in Europe for space technologies and the second in the world. It is the only global company that covers the full range of civil and defence space systems, equipment and services.

Astrium is a wholly owned subsidiary of EADS, a global leader in aerospace, defence and related services. In 2012, the Group – comprising Airbus, Astrium, Cassidian and Eurocopter – generated revenues of €56.5 billion and employed a workforce of over 140,000.