/ Smart Cities / Your City is Spying On You

Your City is Spying On You 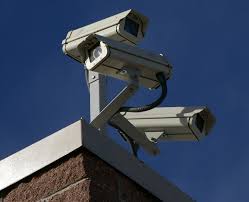 When sensors are used without our knowledge or against our will, they become instruments of surveillance. Most of the sensors to create a seamless snooping system are already in place, but the data — credit-card transactions, passport scans at borders, emails, and phone calls — are held by a scattered array of organizations. Linking it all together, sifting through it and assembling dossiers is, for government intelligence agencies and law enforcement, a killer app for smart cities.

It starts in our pockets. Mobile devices, like the iPhone, keep a running record of where we’ve been. Apple quietly disclosed this practice in 2010, but it didn’t make headlines until a year later when security experts Alasdair Allan and Pete Warden created a tool for users to easily access and map it. The data wasn’t just comprehensive and detailed; it was unencrypted and copied to every machine you synced with. Owners of non-Apple smartphones smirked, but a half-year later, another scandal broke over the widespread use of Carrier iQ software on other manufacturers’ devices. And Carrier iQ didn’t just track location. As documented by Trevor Eckhart, a systems administrator living in Connecticut, it also tracked dropped calls and every single click and keystroke made by the owner. Wireless companies claimed this data was indispensable for troubleshooting technical problems, but privacy watchdogs were stunned by its level of detail.