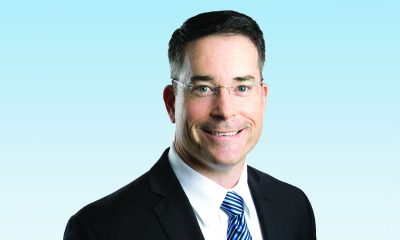 Chamberlayne, a former U.S. Army Corps of Engineers (USACE) District Commander with 25 years of military service, has been a vice president with WSP USA since 2018. His responsibilities include serving as principal-in-charge and program manager for WSP’s worldwide professional engineering services contract with the U.S. Department of State, supporting construction at U.S. embassies and consulates; principal-in-charge providing professional engineering services support to the Defense Information Systems Agency headquarters and worldwide facilities; and was the principal-in-charge for the replacement of the Monroe Street Bridge in Washington, D.C. on behalf of the District Department of Transportation.

While serving as the commander of the USACE-Baltimore District, Chamberlayne led a workforce of more than 1,100 employees, overseeing a $1.5 billion annual program, providing support for 22 military installations, international and interagency customers, and water resources infrastructure between Northern Virginia and New York. He supervised the Washington Aqueduct, a federally regulated public utility providing safe and reliable drinking water to more than one million residents of Washington, D.C. and Northern Virginia.

The SAME Academy of Fellows recognizes members who have rendered dedicated and outstanding service to the organization and military engineering. The Academy of Fellows has more than 800 members. The SAME Fellows Class of 2021 investiture program will be held in May.

“Ed’s recognition as a SAME Fellow reflects his continued commitment to serving as a leader for that organization, where he provides guidance to military personnel around the globe through sharing his own experiences – both as a military officer and as an engineer who has successfully adapted to civilian life,” said Todd Semonite, president of Federal Programs at WSP USA. “We are honored to have someone with the depth of Ed’s experience collaborating with our federal clients and who continues to assist military and former military colleagues at WSP and through his leadership at SAME. Congratulations, Ed, for this well-deserved Fellowship nomination.”

Chamberlayne is a co-leader of the SAME D.C./Northern Virginia/Mid-Maryland Post Leadership & Mentoring Program, which hosts 13 SAME young members to provide leadership and mentoring opportunities each month throughout 2021.

One of his efforts with SAME has been to help retired and former military personnel successfully transition from public to private industry … an adjustment he understands requires patience and understanding from managers, colleagues, clients – not to mention from themselves – before success is realized.

To increase that awareness, he participated as a panelist on “Developing Executive Presence,” a session hosted in late May during SAME’s virtual Joint Engineer Training Conference (JETC). WSP was a gold sponsor of the JETC event, hosting a virtual chat room and several sessions.

Chamberlayne joins Bill Haight, senior vice president of federal programs and logistics at WSP USA, who was selected for induction into the SAME Academy of Fellows in 2020. The recognition honors his distinguished four-decade career in military and private engineering, and outstanding service to the organization.

WSP USA is the U.S. operating company of WSP, one of the world’s leading engineering and professional services firms. Dedicated to serving local communities, we are engineers, planners, technical experts, strategic advisors and construction management professionals. WSP USA designs lasting solutions in the buildings, transportation, energy, water and environment markets. With more than 10,000 employees in 170 offices across the U.S., we partner with our clients to help communities prosper. wsp.com