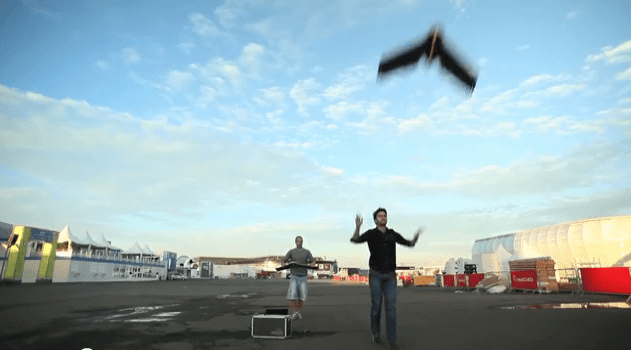 The vision of multiple drones mapping remote areas autonomously is no longer science fiction. The most advanced version of senseFly’s ground control software puts years of research into user’s hands.

The technology behind senseFly’s multiple drone operation system first emerged in 2010 at the Laboratory of Intelligent Systems, EPFL (http://lis.epfl.ch/smavs) when a team of robotic researchers showcased the first outdoor aerial collective system involving up to 10 robots flying together. This technology was then adapted by senseFly’s R&D team and first successfully demonstrated last June at the Paris Air Show when two eBees mapped Le Bourget.

It is now fully integrated in senseFly’s ground control software eMotion 2. Operators can use a single interface to control multiple drones which allows greater areas to be covered in less time. These drones have automated in-flight collision avoidance and will share start and landing waypoints while coordinating their altitudes.

Other new and exciting enhancements in our system include:

senseFly is a Swiss company that develops and produces autonomous ultralight flying drones (also called UAVs) and related software solutions. The technology behind senseFly’s solution originated in 2001, when a team of robotic researchers at EPFL began investigating the control and navigation strategies of flying insects. This pioneering research enabled the development of a highly integrated autopilot employing smart control strategies similar to those found in flies and bees. senseFly was founded in late 2009 and launched its first commercial product shortly after. The swinglet CAM is a flying drone for aerial imagery acquisition and mapping. In 2012 senseFly joined the Parrot Group and is since then more than ever pioneering the field of flying drones for mapping and GIS applications. Its latest product, the eBee, was launched in October 2012. The company currently employs about 50 employees.