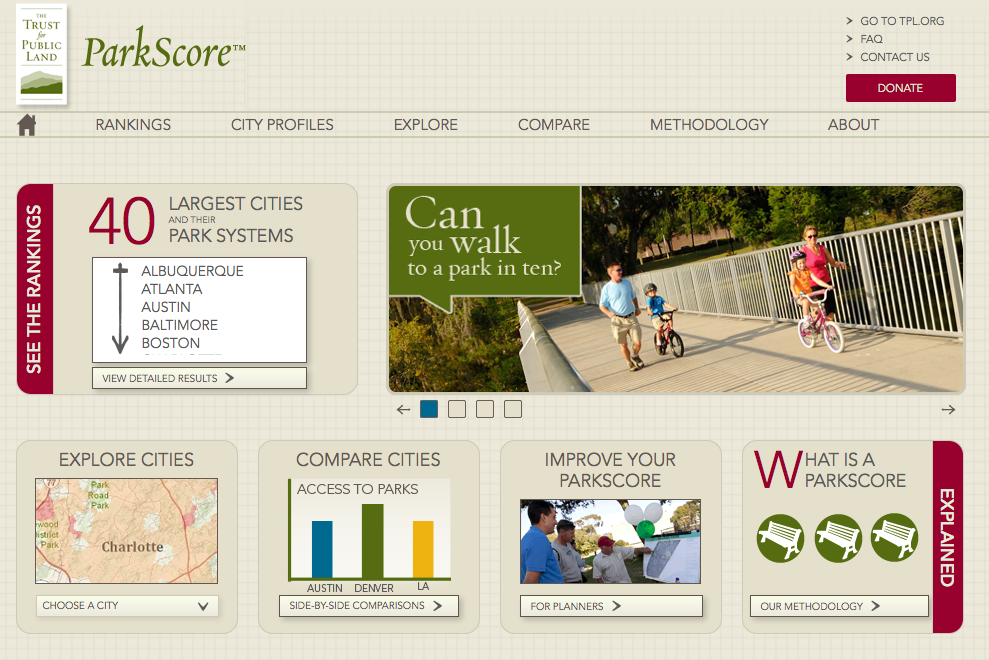 Today, the Trust for Public Lands has launched a rigorous ranking of the top city park systems among the 40 largest U.S. cities. The park rating system uses GIS to create digital maps that evaluate accessibility beyond simply a measurement of distance, as well as park size, services and investment. For these measurements, the ranking takes into account the locations of park entrances (and whether they are obstructed by barriers such as highways), the size of parks as well as the percentage of the total city area dedicated to parks, and investments such as the number of playgrounds per 10,000 residents.

“You can’t have a great city without a great park system,” said Christopher Kay, chief operating officer of The Trust for Public Land. “Studies show that parks help children and adults get the exercise they need to stay healthy, generate hundreds of millions of dollars in economic activity, and help bring neighbors together.”

According to The Trust for Public Lands, here are the 10 best and 10 worst cities for parks.

ParkScore includes more than rankings, with a website that provides a guide to improve park improvements. There are data and analysis of cities, pointing out where parks are needed most, as well as details for each public park in all the 40 cities that were analyzed. The Trust for Public Land hopes that ParkScore inspires cities to focus on parks, and pledge to work with municipal leaders and volunteers to help build the best park systems imaginable. 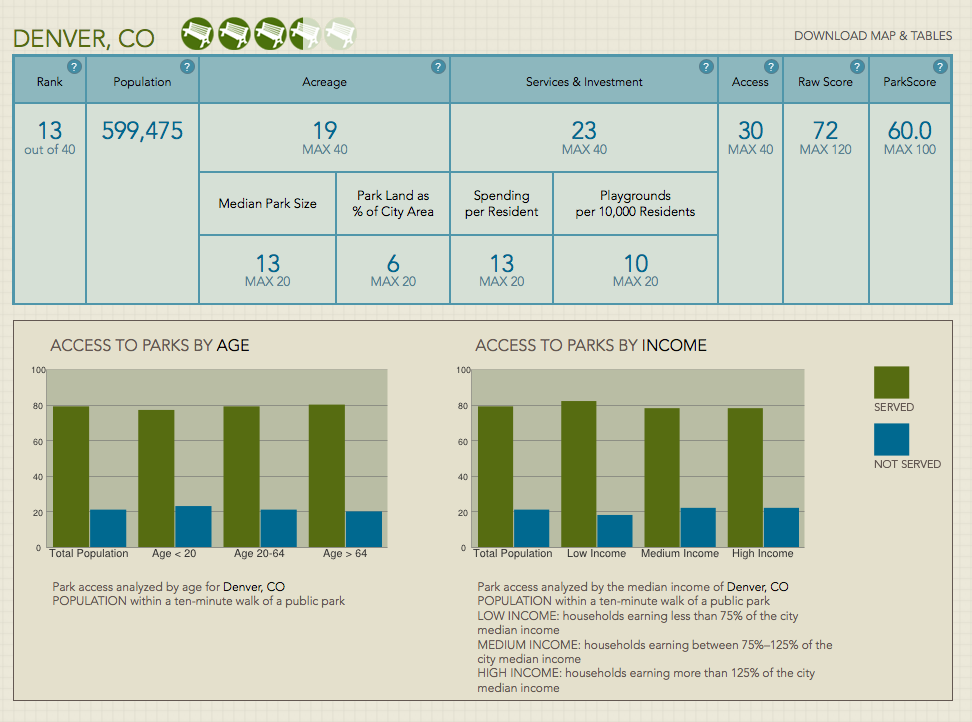 The ParkScore summary provides a dashboard of metrics to compare each city's offering.

This site and services comes at a time when cities are of increasing interest and importance, with growing populations, and amenities that improve the quality of life. Livability is part of all major planning efforts these days, and parks are a critical component of this somewhat fuzzy concept. Putting a score on parks, and helping communities plan improvements, provides a much needed service. 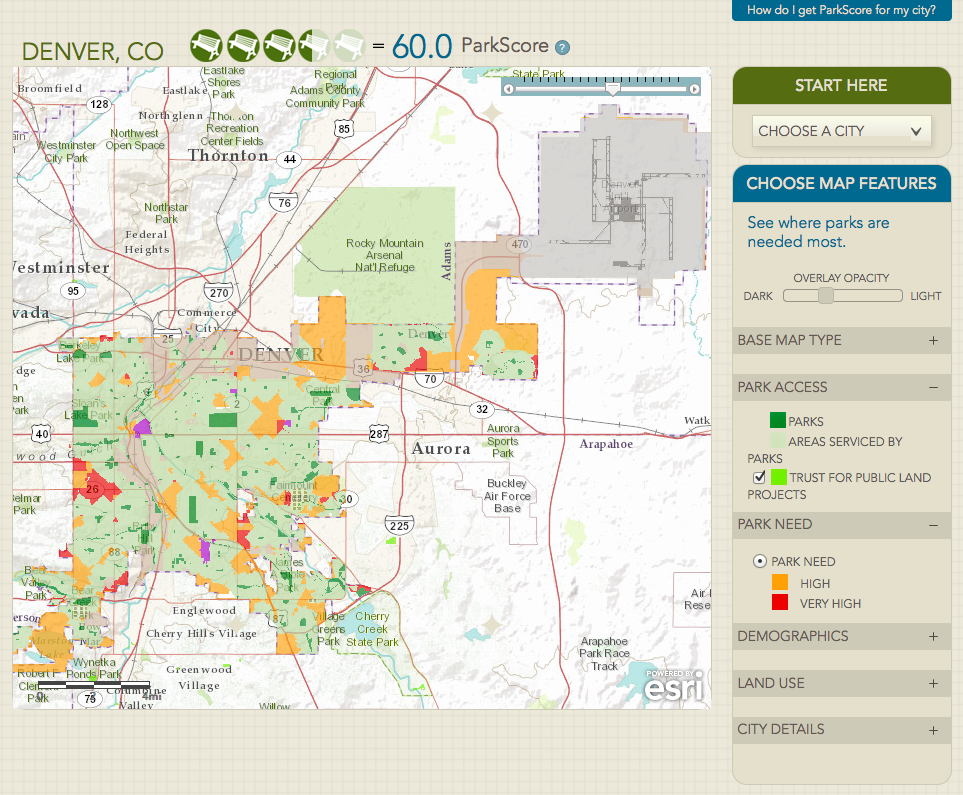 The ParkScore interactive map, powered by Esri, provides details of existing parks as well as locations of where parks are most needed.