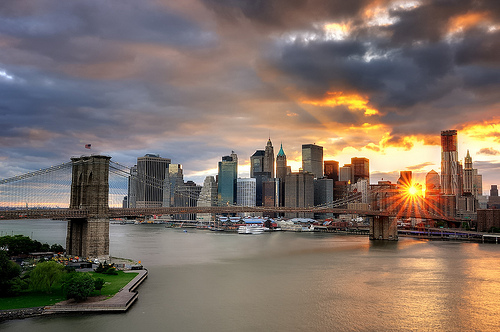 New York City today announced the release of dozens of new high-value data sets, an enhanced NYC Open Data portal at nyc.gov/data, and the citywide plan for unlocking all public data by 2018. These developments mark the latest milestone in the Department of Information Technology and Telecommunications’s (DoITT) implementation of Local Law 11 of 2012, the landmark open data legislation signed by Mayor Bloomberg last year. The NYC Open Data Plan ensures New York City continues to release public data for generations to come, providing a detailed schedule of the data sets that City agencies will release to the public in compliance with the law. Also, included in this release are new open data covering a wide-range of topics, from property and construction, to health and environmental data.

“Our open data efforts – implementation of the most aggressive open data legislation in the country – will be a proud legacy of the Bloomberg Administration,” said Chief Information and Innovation Officer Merchant. “I applaud the Mayor’s Office of Data and Analytics and our own DoITT team for their dogged work coordinating with agencies, entities, and organizations across the City to make new data sets available, and for continually innovating the tools through which they’re accessed.”

Department of City Planning (PLUTO) – The Primary Land Use Tax Lot Output (PLUTO) system contains extensive land use and geographic data at the tax lot level in CSV (Comma Separated Values) format. PLUTO files contain more than 70 fields derived from data maintained by City agencies. Previously behind a paywall, PLUTO data is now available to the public for free at all times.

Departments of Buildings & Health and Mental Hygiene (Multiagency Permits) – A superset of data includes all permits issued by DOB and DoHMH, as part of the City’s long-term goal to make data about all the permits it issues available online, in one place, and free at all times.

Department of Information Technology & Telecommunications (DoITT) Building Footprints and Address Points available on NYC Open Data and OpenStreet Map – DoITT partnered with Mapbox and the OpenStreetMap (OSM) community to incorporate New York City building footprints and address points into OSM, a crowd-sourced, editable map of the world. OSM includes tools for developers to incorporate the maps into their own applications thereby opening up the data to a wider audience. Through this partnership DoITT also receives daily OSM updates, allowing the City to constantly improve the data.

In addition to the 200 new data sets added to nyc.gov/data since March 2013, DoITT has re-designed the NYC Open Data portal, which has served as the one-stop shop for the City’s open data since it launched in 2011. The updated website facilitates the use of City data with a fresh look and feel and easier navigation. Moving beyond being simply a “catalog” of open data, the new NYC Open Data site improves access to data sets and integrates data visualizations and stories about how City data is being used every day by businesses, students, and the public.

“DoITT has put together a portal that makes it easier than ever for anyone on the web to engage with New York City’s public data,” said Kevin Merritt, Founder and CEO of open data platform provider Socrata. “They’re breaking new ground, and the possibilities for entrepreneurship and innovation are nearly limitless.”

The NYC Developer Platform also includes the new Geoservice API, a cloud-based geocoding service based on the Department of City Planning’s Geosupport system that assigns coordinates and New York City key attributes such as Building Identification Number (BIN), Borough, Block, and Lot, and other location-based information to any entered address, intersection, or place name across the five boroughs. Location validation allows better integration with City services and greater innovation. Through its mobile site, NYCVotes.org, the Campaign Finance Board (CFB) is currently using the Geoservice API to help New Yorkers find their poll site and view their election ballot by simply typing in their address.

“During the days leading up to the primary election, the NYCVotes.org mobile platform connected thousands of New Yorkers to information that helped them cast an informed vote,” said Art Chang, chair of the CFB’s Voter Assistance Advisory Committee. “It wouldn’t have been possible without DoITT’s Geoservice API, which powered the tools that helped voters locate their polling place and find the candidates on their ballot. It’s an amazing resource that provided the perfect platform for this project.”

Two recent grand prize winners of the City’s annual NYC BigApps competition taking advantage of City data are HealthyOut and Ontodia. HealthyOut helps New Yorkers quickly locate healthy meals at restaurants nearby. The app integrates the City’s restaurant inspection results, data from the Department of Health and Mental Hygiene, to suggest restaurants that meet food safety regulations. With its elegant, simple interface, and powerful search tools, HealthyOut has risen to the top five apps in the iTunes Food and Drink list and recently launched its delivery service that sends healthy meals directly to the homes and offices of New Yorkers.

“Having City data available has really helped the products and services HealthyOut provides,” said Wendy Ngyuen, Co-Founder and CEO of HealthyOut. “With restaurant inspection open data, we can use that information to ensure meals are being prepared in establishments that meet certain safety standards.”

“PediaCities, now available in New York City, is an encyclopedia of city data that makes it easy to find information about topics or places, whether you are tech savvy or not,” said Joel Natividad, Co-founder of Ontodia. “NYC Open Data, which made many high value data sets freely accessible, has been absolutely essential to our success.”

“Hats off to Mayor Bloomberg, his agencies and the City Council. This is New York City government at its best. Today we’re seeing a glimpse of the torrent of new knowledge and innovation that this open data law is unleashing,” said John Kaehny, co-Chair of the NYC Transparency Working Group and Executive Director of Reinvent Albany. “Entrepreneurs, planners, scholars and advocates have waited decades for databases like PLUTO and ACRIS to be freely available to the public – and this is just the beginning.”

“The release of numerous new data sets and inventories of agency data to be made available to the public in future years is another important step forward in implementing the City’s innovative Open Data Law,” said Alex Camarda, Director of Public Policy and Advocacy, Citizens Union. “Making this data accessible to the public will make government more transparent and accountable. Developers will be able to make applications from this data that enhance the connectivity between government and the people it serves.”

Local Law 11 of 2012, signed by Mayor Bloomberg in March 2012, requires City agencies to systematically categorize and make accessible in “open” formats their public data sets at no charge. Today’s announcement marks the publication of the NYC Open Data Plan, a report that catalogs public data sets held by the City and when they will be made available on the NYC Open Data portal at nyc.gov/data. The inaugural edition of this plan includes approximately 440 yet-to-be opened data sets and the update frequency of each set. The next milestone pursuant to this historic legislation comes in July 2014, when DoITT begins publishing annual updates to the NYC Open Data Plan, detailing the progress in opening public data sets since the previous report. All public data must be opened by December 31, 2018.

The Polytechnic Institute of New York University operates the Varick Street Incubator in Manhattan’s Hudson Square neighborhood in partnership with New York City Economic Development Corporation (NYCEDC); the New York City Accelerator for a Clean and Resilient Economy (NYC ACRE), supported by the New York State Energy and Research Development Authority (NYSERDA) and focused on clean-tech and clean-energy startups; the DUMBO Incubator in Brooklyn, in partnership with NYCEDC and Two Trees Management. NYU-Poly and NYCEDC announced plans to develop and operate the Urban Future Lab in partnership with Forest City Ratner Companies to support innovators focused on solving urban challenges of sustainability, energy, and resilience. The NYU-Poly innovation centers offer guidance, expertise, and resources to entrepreneurs, helping their ventures grow while attracting talent and funding to the Institute. They provide startups with administrative support in addition to access to talent, markets, capital, and research.

Comments are disabled
NEXT ARTICLE
IBM Adds to its Smarter Cities Software, and Takes to the Cloud
September 26, 2013
PREVIOUS ARTICLE
Infrastructure Leaders to Keynote Bentley's Year in Infrastructure Conference
September 25, 2013