/ Articles / Change Leader: Hearing the Voice of the Customer

Change Leader: Hearing the Voice of the Customer 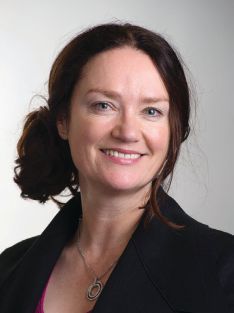 This particular webcam interview was recorded by Todd Danielson, the editorial director of Informed Infrastructure. You can view a video of the interview by visiting bit.ly/39v3NPH.

Katriona Lord-Levins is the chief success officer for Bentley Systems.

After a long and successful career in computer science and AEC technology, including a long stint with Autodesk, Katriona Lord-Levins moved into consulting, where she wanted to help a wide variety of companies learn the lessons she acquired to create successful implementations. But, after consulting with Bentley Systems for about six months, she was approached by company CEO Greg Bentley about changing her mind and joining his company full time.

“I fell in love with Bentley and Greg’s mindset,” explains Lord-Levins. “He definitely has a user-focused mindset. I felt at home trying to do what I like best, which is represent the voice of the customer within a company.”

Lord-Levins knows her new job title is one of the latest industry buzzwords, but she explains its core role simply and traditionally.

“My mandate out of the gate is having this relentless focus on creating loyal users,” she says. “How we do that is making sure they’re actually realizing their business goals with our solutions and services. And how we’re going to do that is largely around metrics-driven behavior.”

She’s committed to asking customers all the difficult questions to find out what they really want to achieve, and then work to help them reach their goals. It’s about transitioning from a vendor-type mindset to building partnerships that allow people to learn and move along this path.

“It’s really about having measured proven successes with our engagements,” she adds.

For Bentley users, Lord-Levins acts as a trusted advisor, but internally within Bentley, she wants to be the continuous, dogged voice of the user.

“One of the things I’m most proud of that I’ve built over my timeframe is a ‘Voice of the Customer’ program where we put listening posts into different parts of a customer’s journey,” she says. “It’s about asking questions early, knowing what good looks like and watching what they’re doing, and how we can help them achieve the best possible outcome.”

She then uses her experience and this early feedback as a sort of a scorecard to be predictive on how projects will go. She cites users’ “false starts” with BIM as an example.

Although she often declares she isn’t technically oriented like many of her peers, Lord-Levins sees the AEC industry as more than the obvious technology developers many would consider Bentley’s competition.

She’s always looking to find habits people are falling into so she can enable good habits or disable bad ones.

“I’ll give you an example in the construction world,” says Lord-Levins. “Somebody’s out on the site, using tools to try and digitize their workflows, but they’re running into problems. They’re disconnected from turning around to somebody in a nearby desk. They don’t have their usual engagement.”

In such a case, she might suggest a “WhatsApp way” of having them be able to contact an expert to solve a problem or look up vignettes or videos to learn how to digitize the workflows. She also believes the AEC industry has much to learn from entertainment apps and gaming.

“We have to meet our users where they play and show the stories that will help them understand why digitizing is the way to go to get more done,” she adds.