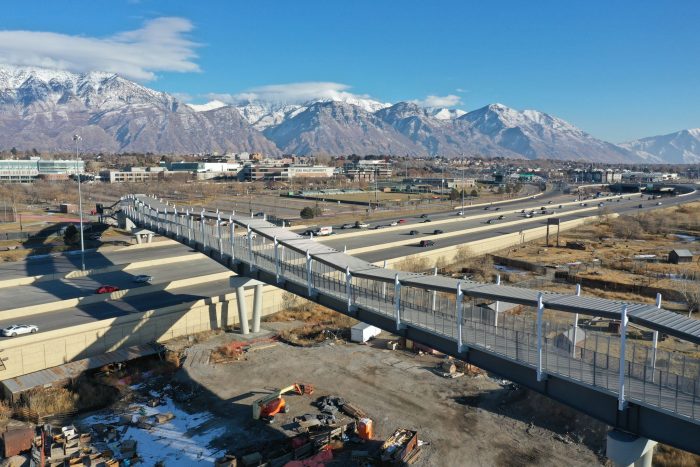 WHAT: Local officials will unveil a new pedestrian bridge that will connect Utah Valley University (UVU) with the UTA FrontRunner Orem Central Station at a ribbon-cutting ceremony.

The $30.7 million bridge was built through a partnership with UVU, the Utah Department of Transportation (UDOT), the Utah Transit Authority (UTA), Orem City and the Utah State Legislature. Spanning more than 1,000 feet and 15 feet in width, the new pedestrian bridge is the largest in the state.

The bridge contains 15,000 square feet of heated concrete to melt snow and ice in the winter, and a full-coverage roof to provide shelter from the elements. The walkway is lined with 125 lights and 18 security cameras, providing students a safe and secure walking environment.

Crews will continue putting the finishing touches on the bridge over the next few weeks, with an expected opening in early February.

WHERE: At the eastern base of the new bridge in UVU parking lot L14