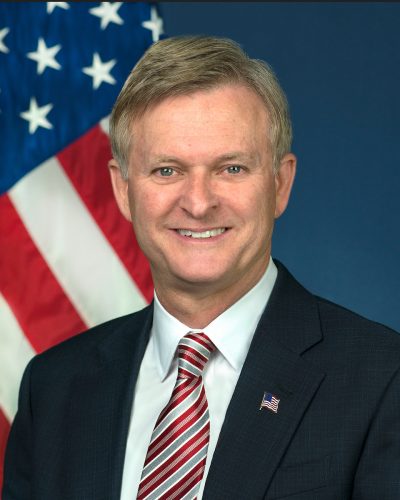 Steven G.  Bradbury became the Acting Secretary of Transportation on January 12, 2021.  As Acting Secretary, he oversees the Department’s operating administrations and coordinates policies to provide a safe, efficient, and modern transportation system that boosts our economic productivity and global competitiveness.  He leads the Department’s activities and its more than 55,000 employees and $87 billion budget. Since September 10, 2019, as authorized by President Trump, Mr. Bradbury has been performing the functions and duties of the Office of Deputy Secretary of Transportation

Mr. Bradbury was sworn in on November 28, 2017, as the 23rd General Counsel of the U.S. Department of Transportation (DOT) after his confirmation by the United States Senate.  As the Department’s chief legal officer, Mr. Bradbury has the authority to resolve all legal questions concerning the Department’s policies and programs and oversees the activities of the Department’s lawyers, safeguarding the integrity of the decision-making process and ensuring compliance with applicable laws.