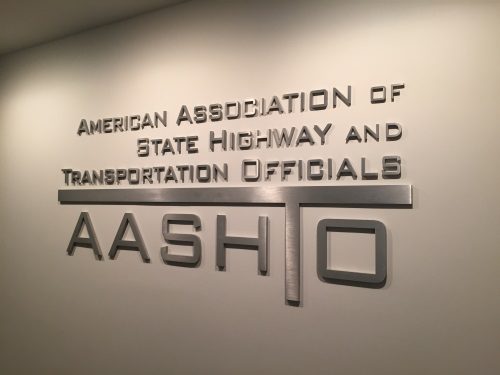 As reported by the AASHTO Journal: https://aashtojournal.org on December 15, 2020 - in News, People

The American Association of State Highway and Transportation Officials has appointed three new chairs for three of its committees and a vice chair for the Council on Aviation.

Diane Gutierrez-Scaccetti, commissioner of the New Jersey Department of Transportation, will serves as chair of AASHTO’s Committee on Transportation Communications – known as TransComm – for a two-year term.

Confirmed as New Jersey DOT commissioner in June 2018, Gutierrez-Scaccetti has publicly advocated for the need to increase transportation revenues to meet infrastructure needs – both before Congress and at industry forums.

A native of New Jersey, Gutierrez-Scaccetti is a transportation professional with more than 30 years in the industry. Prior to becoming commissioner of the New Jersey DOT, she served as the executive director and CEO of Florida’s Turnpike Enterprise, a part of the Florida Department of Transportation. She also spent 21 years at the New Jersey Turnpike Authority.

William “Bill” Panos, director of the North Dakota Department of Transportation, will serve as chair of AASHTO’s Agency Administration Managing Committee for a two-year term.

Appointed to lead Illinois DOT in March 2019, he previously served as deputy secretary for the office of project implementation and director of highways among other roles during his nearly three-decade career with the Illinois DOT.

Finally, Anthony McCloskey, director of the Bureau of Aviation for the Pennsylvania Department of Transportation, will serve as vice chair of AASHTO’s Council on Aviation for a two-year term.

At PennDOT, McCloskey is responsible for overseeing all aviation-related programs within Pennsylvania including the state block grant program, safety/licensing, aviation awareness, project management, and flight services.