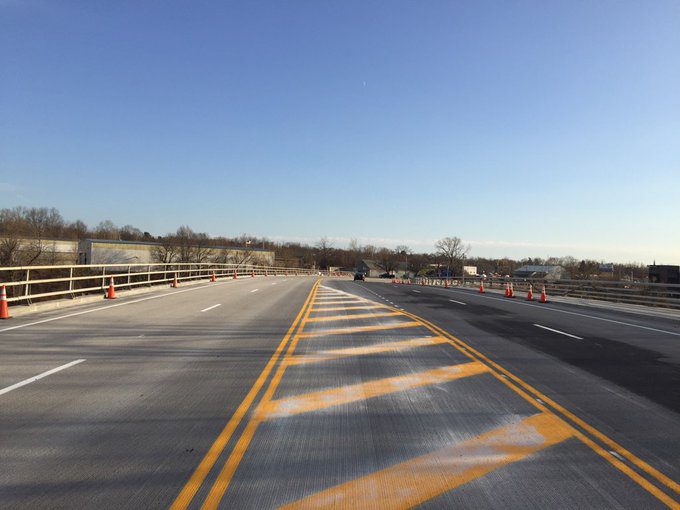 New York State Department of Transportation Commissioner Marie Therese Dominguez today announced that major construction has been completed on the rehabilitation of Freemans Bridge over the Mohawk River in Schenectady County. The project eased travel and enhanced safety along a heavily traveled connector between the City of Schenectady and the Town of Glenville in Schenectady County that provides access to the area’s many popular retail and entertainment destinations. A new shared-use path was also added to improve recreational opportunities for residents and visitors alike.

“Under Governor Cuomo’s leadership, New York State is not only restoring our infrastructure but building it back better and more resilient to meet the demands of the 21st Century,” Commissioner Dominguez said. “The rehabilitated Freeman’s Bridge strengthens an important link that helps connect the Capital Region together and exemplifies one of the great things about transportation – its ability to bring communities together and make it easier for residents and visitors alike to experience all that they have to offer.”

Freemans Bridge, which was built in 1985 and handles an average of 26,442 motor vehicles a day, connects Glenville’s busy Freemans Bridge Road retail corridor with the City of Schenectady’s Erie Boulevard and such nearby destinations as Proctors Theatre, the Schenectady Train Station, Schenectady County Community College and Rivers Casino.

One of five crossings that bring Schenectady County motorists over the Mohawk River, Freemans Bridge is also widely used by motorists traveling to and from adjoining residential neighborhoods in Glenville and Scotia, the Schenectady County Airport and the Stratton Air National Guard Base, home of the 109th Airlift Wing of the New York Air National Guard. The Department of Environmental Conservation’s Freemans Bridge Boat Launch on the Mohawk River is on the Glenville shore.

The project, which began in April, replaced the bridge’s concrete riding surface and bridge joints, painted the steel girders, repaired the concrete underneath the bridge and installed new solar-powered navigation lights. New pavement was also added to the bridge approaches.

In accordance with Governor Cuomo’s Driver’s First initiative, work was staged on the four-lane structure so that construction could occur on one half of the bridge length at a time, allowing one lane of traffic to remain open in each direction throughout the duration of the project this year. Although major construction is complete, minor finishing work is still taking place and motorists should expect periodic lane shifts and single lane closures of short duration for the next few weeks.